It’s hard to believe that I’ve managed to complete my photography Project 365. It has been an incredible journey in so many ways. Not only did it make me get out daily and think about capturing something special, it also opened up doors for creativity. Many new friends […] 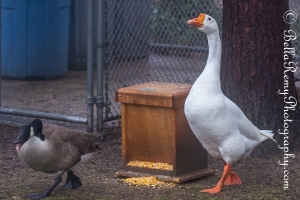 All things are right with the world. As you know, I’ve been troubled with the absence of the resident Carolina Wrens, and a beautiful white goose. The bitter arctic temperatures were life threatening to these beautiful creatures and I was sad with the prospect that they didn’t survive. […]

It was one of those days when nothing seemed to go quite right. Beginning with freezing rain, and then my schedule being delayed due to circumstances beyond my control. By two o’clock, I was starting to get rather pissy. I had been gypped out of being able go […] 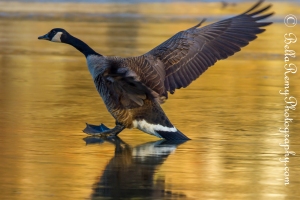 It’s been a crazy busy day today, and it looks like the temperatures will warm up in the next few days. The river is still frozen over with the freezing temperatures we’ve had this week. There is a family of Canadian Geese that come up to the […]

Hadn’t planned on birding today, but the light was hitting the water fountain perfectly this morning and stopped me in my tracks. That lead to many great discoveries of the day. First, noticed this Cooper’s hawk in the tree. I phished at him so he’d look at me. […]

The last time I looked, I thought I was living in Maryland, a warm and friendly Mid-Atlantic State. Hit with an arctic blast today, the temperatures when I woke up was a blazing 2 degrees fahrenheit! That’s not including the wind chill factor that brought temperatures to the […] 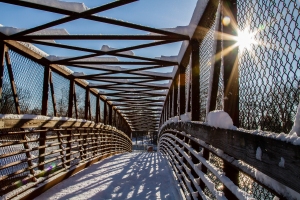 Well, I went and did it. I created a huge mess. I was so excited yesterday about discovering the WD My Cloudsystem. I was willing to do whatever it took to upload the files, even if it took overnight to do it. But it didn’t work, didn’t […]

Or rather..trying to do so. Today is a day to stay in and begin on my 2014 project. What project you might ask? To organize the gadzillion images I’ve captured the past three years and reorganize them. See, I’ve made a big mess of my files. Using both […]

A very cold morning with the car thermometer registering a balmy 8 degrees F. This Florida sun bunny has never been in single digit temperatures before. But having lived in Maryland for over ten years now, I have grown acclimated to the cold. That and a huge wardrobe […]

Awakening to a new world, blanketed with fresh snow. The brisk winds sweeping snowflakes across the landscape creating a misty view. The horses were frolicking in the snow. Kicking their heels up, running across the paddock, and nipping each other in play. The mares, however were taking a […]