The National Colonial Farm at Piscataway

This weekend I had the pleasure of visiting the National Colonial Farm at Piscataway National Park across from Mount Vernon on the Potomac River in Accoceek, Maryland. This unique place is a gem off of the beaten track but has amazing views on the river and is home […]

My World Without Color

I love color. I really love color. The colors that the natural world brings to our lives. But for some odd reason, the concept of capturing the world in black and white has suddenly appeared. Perhaps it’s because of an addition of a new iPhone app to my […]

“All good things must come to an end.” And such is the story of the historic Bloede’s Dam in Patapsco Valley State Park. Not well known, Bloede’s Dam was the world’s first hydroelectic dam, built by the Patapsco Electric and Manufacturing Company in 1907. Providing electric to the […]

The old bridge, strong for over a hundred years. The tales it could tell. Of the babbling brook that flows beneath or of the footsteps that walked above. This bridge, of man-sized stones tightly bound. Even Mother Nature with her attempts, blizzards, earthquakes, heavy rains. The bridge remains […]

The Bridges of Thurmont

It will be hard to beat the amazing day I had two days ago with the bald eagles. A truly magical day that will most likely be the highlight of my photographic journey. But adventures will continue and beautiful scenes will unfold before me. As there is still […] 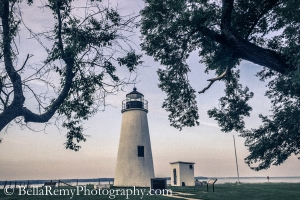 Standing high over 100 foot cliffs, at the peninsula of Turkey Point stands the light station. Built in 1833, nearly two centuries ago, this light station can be seen up to 13 miles away. A beacon of history shining through the fair and foul weather. Through the civil […]

Standing tall at Gathland State Park in Jefferson, Maryland is the National War Correspondents Memorial honoring journalists killed in combat. Built in 1896 at Crampton’s Gap, a location where the first major civil war battle occurred in Maryland at the Battle of South Mountain. A peculiar memorial with […] 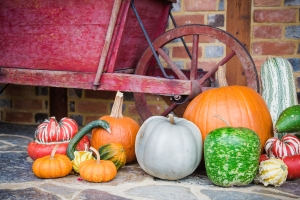 What Will You Discover?

“What Will You Discover?” Is the calling of Luray Caverns and Museums, located in Luray, Virginia on the outskirts of Shenandoah National Park. This natural and historical place boasts of past life in the Shenandoah Valley and mysterious caverns below the earth’s surface. Many visitors that come to […]

The Appalachian Trail is a trail that one can hike from Katahdin Mountain in Maine to Springer Mountain in Georgia. Harpers Ferry is a midway junction along the trail which goes through this historic town which is now a national park. With cobblestone streets, Harpers Ferry is situated […]