All eyes were on me today. I didn’t matter where I went, nor who it was. They were watching me. I wondered what I did to cause them to look at me the way they did. Was it the way I walked, or was it the color of […]

And Then There Was One

This year has been a successful season for Zorro and Esperanza, the Osprey pair that have made the upper Magothy River their home. Those that have been following me are familiar with the tale of this lovely couple and how last year man intervened and destroyed their nesting […] 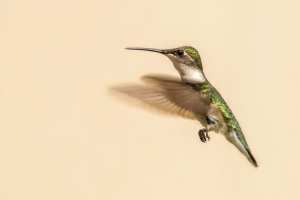 A Humdinger of a Hummingbird

This beautiful capture of a Ruby Throated Hummingbird actually came with much effort. First, enlist a friend that has both the equipment and the know how to set up a flash station to capture said hummingbird. Mega flash with the Einstein 640WS light control by Paul C. Buff […]

In a week’s time, the Three Musketeers have grown in leaps and bounds. From having wings with feathers barely formed, their feathers are beginning to look like they are ready for flight. It was busy on the nest tonight. With Zorro coming in with a big catfish, dinnertime, […]

The Wild Bird Rookery at the St. Augustine Alligator Farm

One of the best places on the east coast of the United States for bird photography is the Wild Bird Rookery at the St. Augustine Alligator Farm in Florida. Click on the video above and enjoy some of the incredible sights and sounds of the bird rookery. Hopefully […] 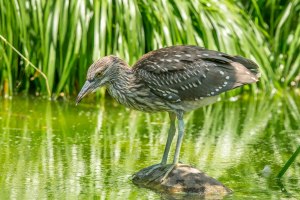 It doesn’t matter our age, but learning is a life-long pursuit. Whether we are human or part of the natural world, learning is essential for our survival. With awareness, we can pursue learning to improve and enhance our lives. It keeps us alive, it keeps us young, it […]

Esperanza and the Fishing Lure

It’s been quite busy the past week or so. Between offering photography classes and watching the beautiful osprey family at the manor, I’ve barely had time to sit with my computer. So I owe you an apology for my absence and hope to make it up to you […] 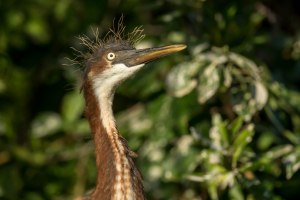 The Tri-colored herons at the St. Augustine Alligator Farm Rookery are filled with character. It was early June and the first round of nestlings were getting larger and nearly ready to leave the nest. Like Curly, Moe and Larry of the Three Stooges, they sat squawking and squabbling. […]

I’m pleased to share with you that the family of Zorro and Esperanza are doing quite well. With three little ones in the nest, Zorro is busy throughout the day bringing fresh fish and new sticks for Esperanza and his family. The Three Musketeers are getting along better […]

Little Zorro’s in the House

The suspense has been high at the manor, awaiting the news of whether or not Zorro and Esperanza are successful in raising a family. A lot of watching while Esperanza hunkered down on the nest through the constant rains that we’ve had in Maryland this past month. Suffering […]