This past weekend I hosted my first solo run weekend photography workshop in Assateague National Seashore and the surrounding area of Ocean City, Maryland. It was a wonderful group of people that had the enthusiasm and willingness to endure freezing winter conditions to experience the seashore in solitude. […]

It’s time to pixel peep a little with images that I captured this week between the Sony A9 with the 200-600mm lens against the Canon 5D Mark II with 100-400mm L II lens. Spending time in Assateague National Seashore on Veterans Day it was a beautiful Indian Summer […]

During my visit at the National Zoo the other day, we stopped into the Small mammal house and enjoyed the little creatures that sleep throughout the day and party all night long. A pair of Fennec foxes were nestled in the back of their habitat with a dirty […] 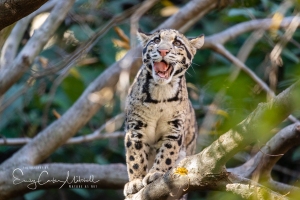 The Smithsonian National Zoo in Washington D.C. is now home to two new Clouded Leopard cubs and have been on display since late September, 2019. Luckily a friend of mine wanted to go and visit them and off to Washington we went. While they have limited time in […]

This past week has been filled with catching up with life’s regular to-do’s and I haven’t had much of a chance to go out on a photo walkabout. This summer I’ve had a big “Pay-it-forward” project at a nearby paddock that holds two horses that needed some additional […]

I went on a wild owl hunt early this morning at Assateague Island National Seashore and came up empty handed. But I did find some amazing creatures that I least expected. Sika Deer are small members of the elk family and were introduced to Maryland in the early […]

In my recent stay in Shenandoah National Park in Virginia, my friend and I went in search of White-tailed deer several times. Known to spend time at Big Meadows and the roads leading to the lodge we would troll the roads in hopes of finding one. The past […]

Maryland, my Maryland. A truly unique area where within a two-hour drive we can go from the mountains to the seashore. With the Nation’s Capital just a short drive away as well as Philadelphia, the birthplace of our nation. It’s a wondrous area with endless places to explore. […]

It’s fox season ! Actually all the time is fox season for me, but in particular this is the time of year that all area nature photographers are out on a fox hunt. Really what we’re looking for are darling little fox kits like the ones we get […] 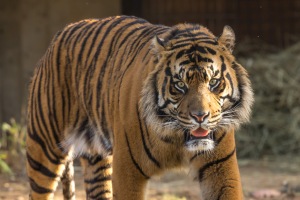 I love cats, I love cats of all cats. Big ones, small ones, ones with spots, ones with stripes, ones with a plain coat. Some of these big cats can be enjoyed in regional zoos like the National Zoo in Washington D.C. or the Maryland Zoo in Baltimore. […]