Down on the Farm

There’s a farm down on the river. A farm that few people know about. This historical land situated on the beautiful Potomac River across from Mount Vernon, home of George Washington himself. The National Colonial Farm at Piscataway National Park is located on 200 acres and has a number of original barns and fencing as it would have been in colonial times.

On the farm there are Heritage breeds of livestock. These are domestic farm animals that are considered “Critical” on the Livestock Conservation List. These animals are non-native to the United States and were brought over by Europeans to begin farming in Colonial and pre-colonial times. The Livestock Conservancy has been actively working to sustain these heritage species for the past forty years.

The National Colonial Farm has a controlled breeding program to support this conservation effort and uses the livestock for educational purposes as well. Brilliantly red with horns is the American version of the Milking Devon Cow which originated from the southwestern part of England.

Along with the cows are the Hog Island Sheep. These sheep were brought onto Hog Island off the eastern coast of Virginia. Due to the isolated location, these sheep survived harsh conditions and varying food supplies and is a great example of adaptation. 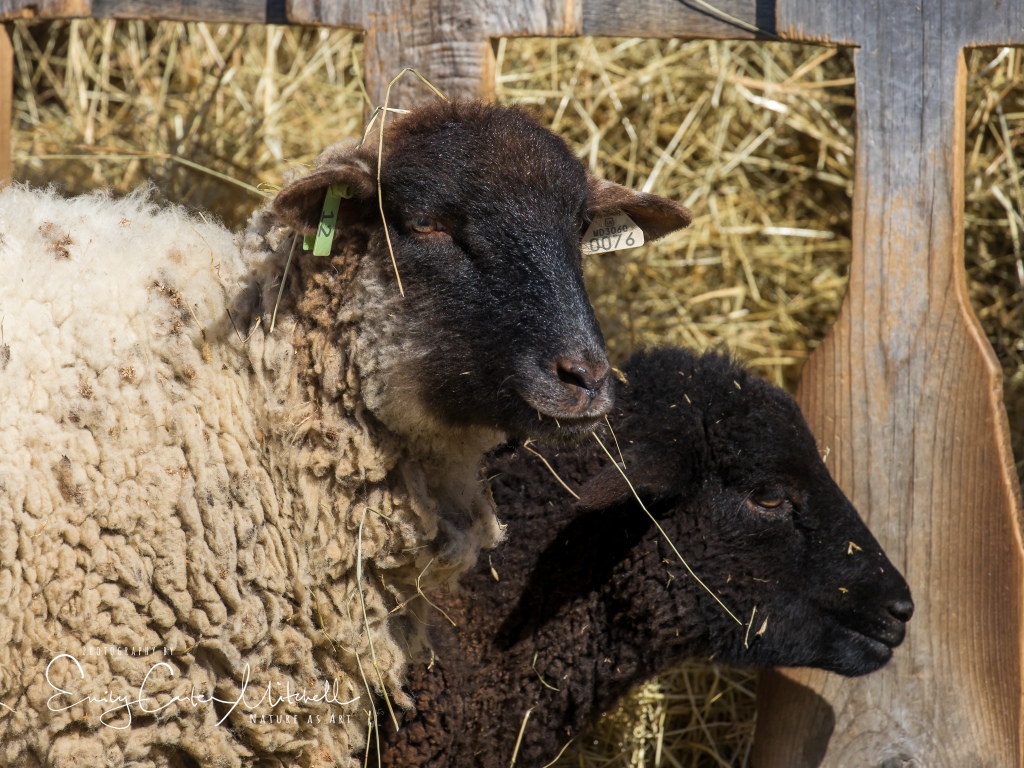 I had heard of free-range chickens, but the Colonial Farm takes this to heart. Free-ranging chickens everywhere that love to walk right up to you and say hello. Well hello Mr. & Mrs. Chicken!

Let’s not forget the super friendly Ossabaw Island Hogs a nearly pure line of hogs due to isolation on an island off the coast of Georgia. Gotta love those pigs…

I loved visiting the farm along the river. Almost made me want to have my own little farm on the river. Sometimes the fantasy is much better than the reality.