Traveling through Equatorial Galapagos on Ocean Adventures’s ship The Eclipse, the second night on our itinerary was to travel around the largest Galapagos island. Isabela Island is shaped like a Sea Horse and is one of the younger islands. Being a mere mere 1 million years old, Isabela Island was created by six volcanoes – Alcedo, Cerro Azul, Darwin, Ecuador, Sierra Negra, and Wolf. All of these volcanoes are still active except for Ecuador.

This morning we were given an early morning optional excursion. The morning’s hike was to climb up past Darwin Volcano Lake to the edge of the Darwin Crater. Tagus Cove was a popular place for pirates and buccaneers. The surrounding cliffs around the protected cove are covered with graffiti, the oldest dating back to 1836 and the most recent in 1987. The island is now protected from continuing graffiti, but the originals remain.

We were to have a dry landing on a slip of rocks and then a short staircase leading into the island. There were a number of steps to climb and trail continues upwards to the viewpoint. 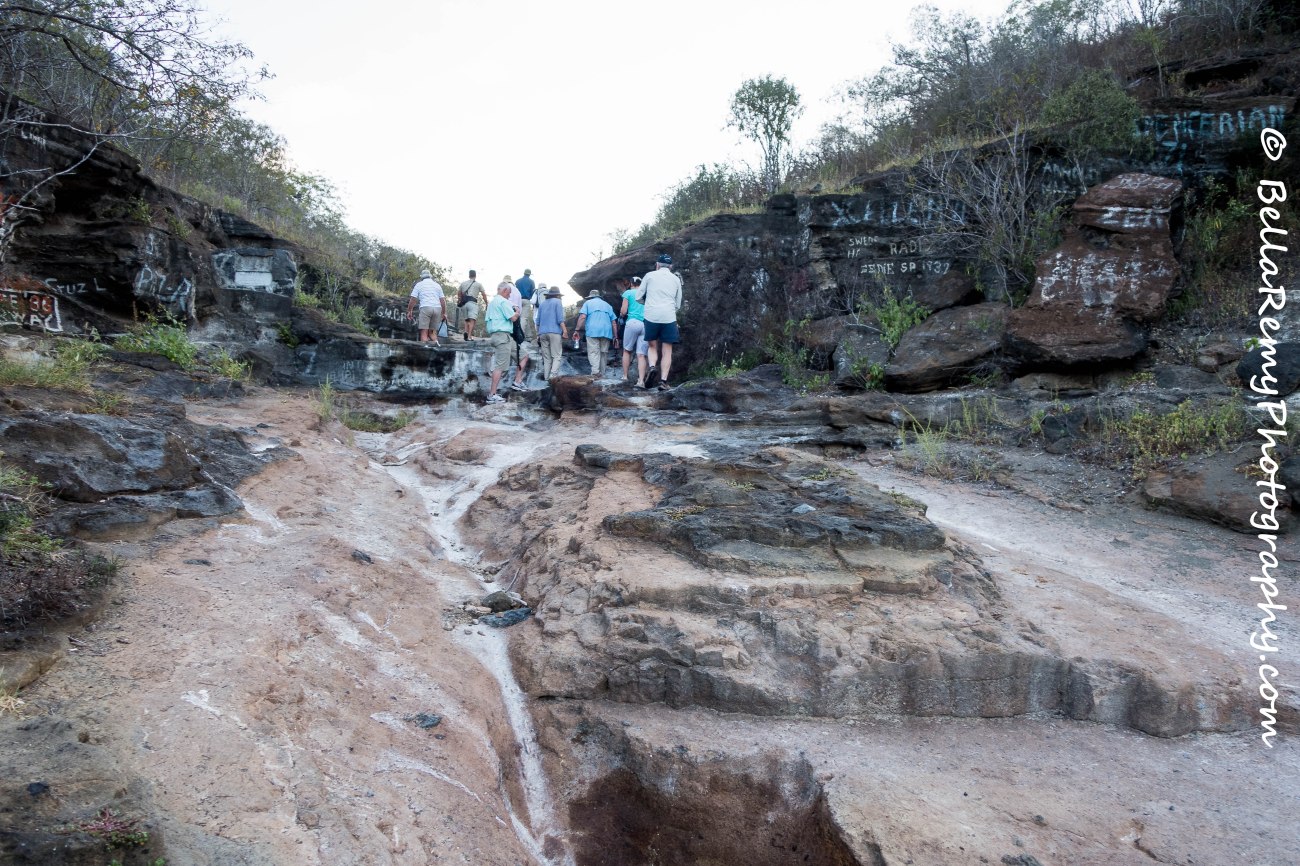 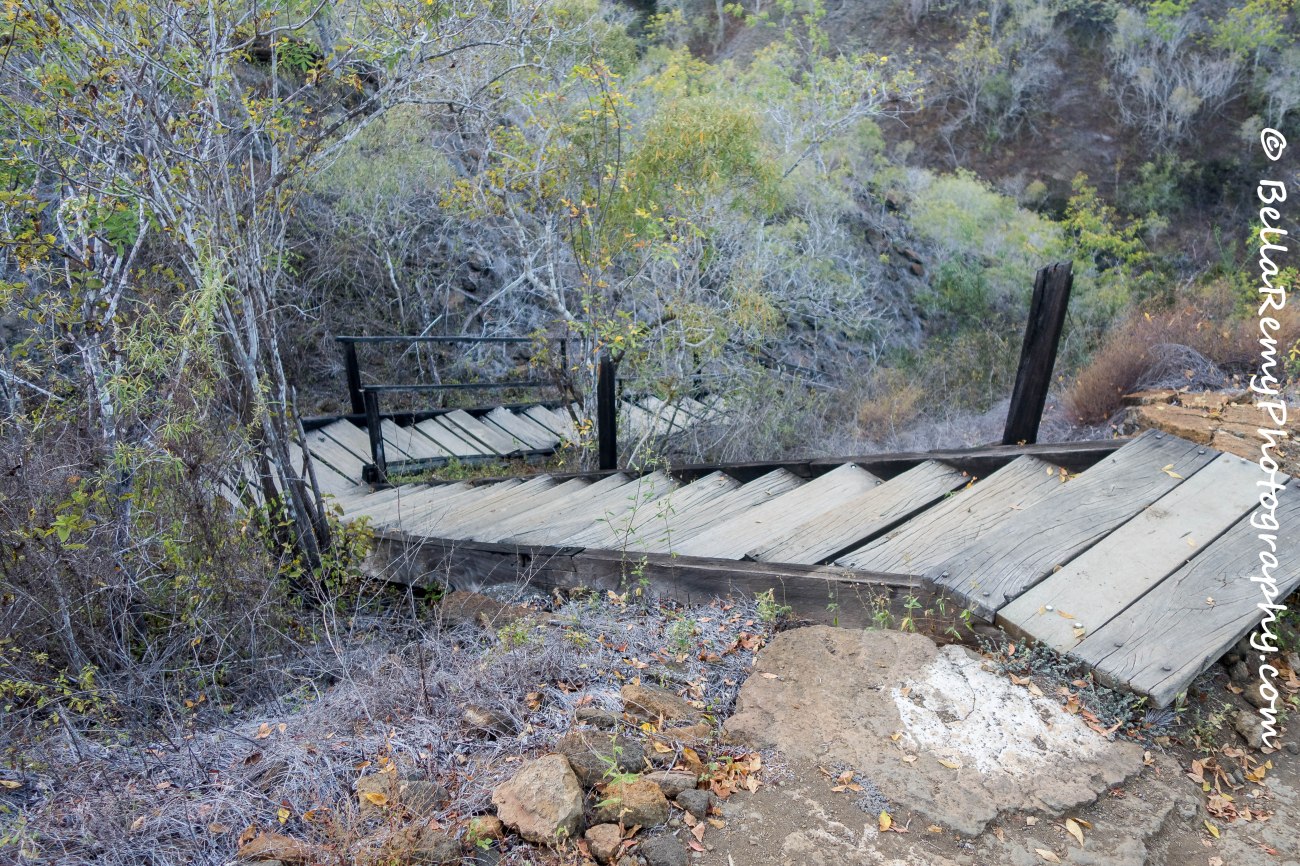 A Small Ground Finch flew in right beside me and didn’t seem to care about the group of visitors nearby.

Rising up above Darwin Lake, the clear skies gave way to a beautiful view of the lake and Tagus Cove. The small speck in the cove was our ship, The Eclipse.

Along the difficult uphill trail, a Ground Finch’s nest caught my eye. Truly a work of art.

The terrain made me think that perhaps I was on another planet. Rather stark, the volcanic earth was cool below the warm and humid morning air. 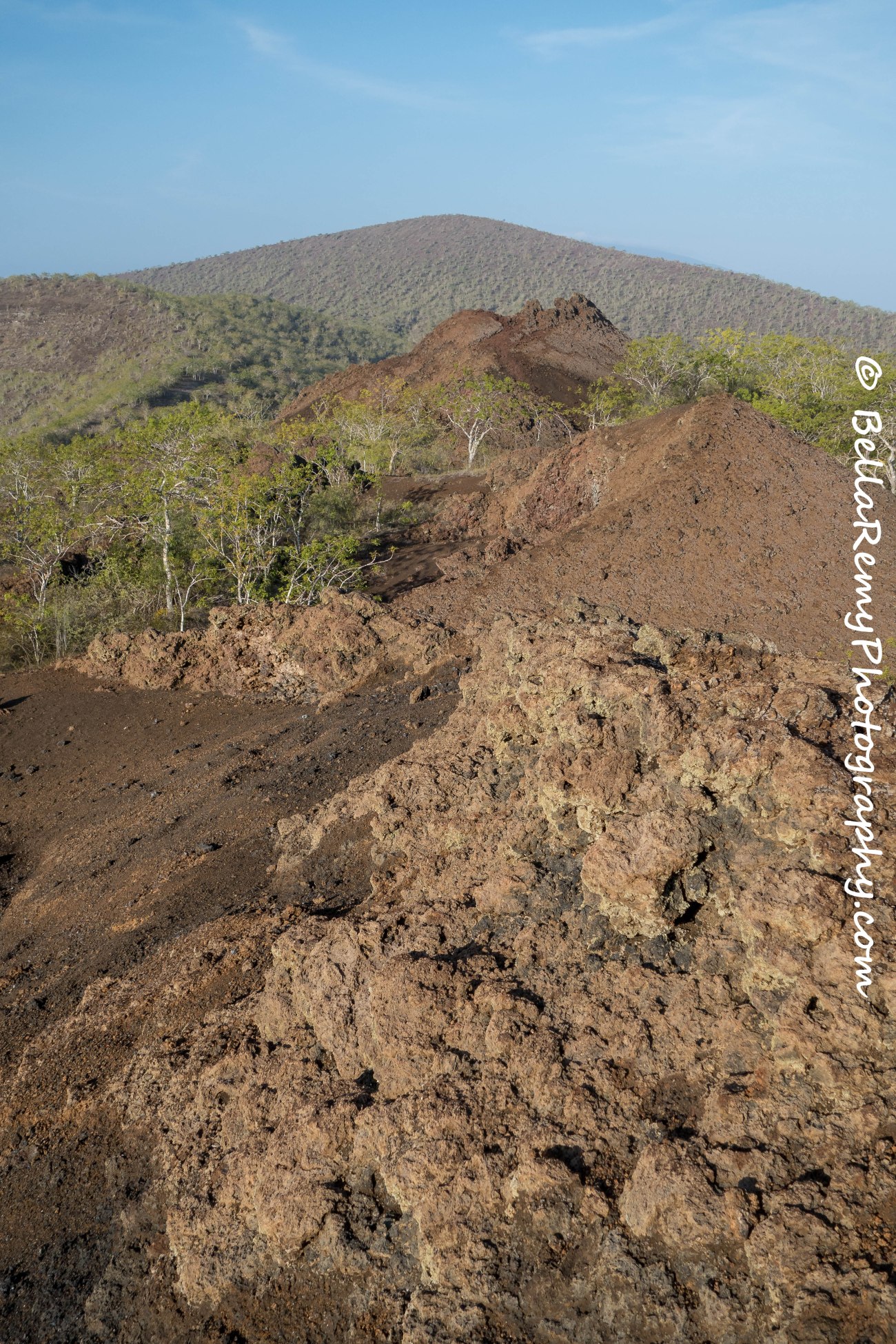 At last we reached the summit and had an expansive view over a large Lava field. This was the turning point, and there was nothing to do but go downhill from here.

There were plenty of ground finches flying in the early morning sun, with yellow warblers singing in the background. A Galapagos Hawk flew over for other parts. The air was clean and the sky blue. It was truly a beautiful way to start the day.