It was Saturday morning – Market Day and the streets were filled with people traveling to and from the market. Arusha is a busy Tanzanian city that seems as if time has forgotten her. While many carried cell phones, there are no large supermarkets or stores. Instead small owner shops stood roadside and vendors hawked their wares in the sun.

The ladies in their typical African dress showed their impressive balancing skills with various items on their heads, and men used a variety of means for transporting goods. It is Masai country and many were seen walking along the road.

It was a bit odd as an American to be a significant minority in a country so foreign to me. Nary a fair skinned person was seen walking the streets with the Tanzanians and tourists are to be wary in such busy areas. There is a charm to this rustic scene and the desire to be part of it was quelled by the possibilities of being overwhelmed by locals upon stepping out of the jeep.

So continue on to Arusha National Park we went with Mount Meru standing tall and proud in the landscape. With its five peaks, Mount Meru is a sacred mountain is considered to be the center of the physical, metaphysical and spiritual universes. 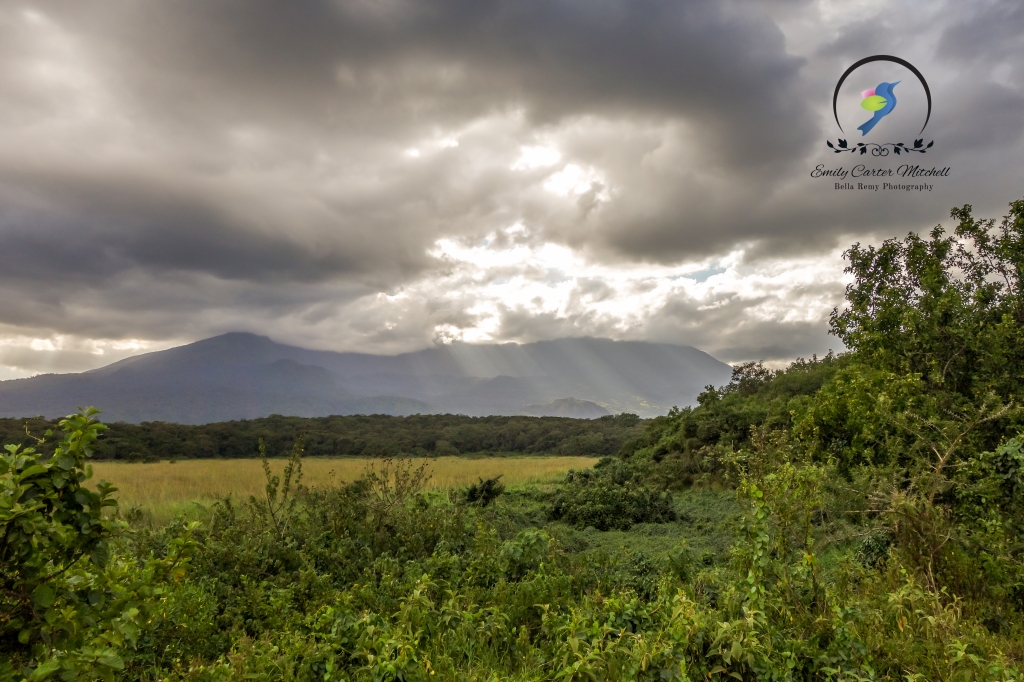 Upon arrival to the park’s check point, we waited. It was the start of many stops of park entrances where our guide has to register park fees and fill out multiple pages for entry. While waiting, we took advantage of the facilities and were charmed with the birds that flitted about.

Our jeep “Before Safari” all nice and clean 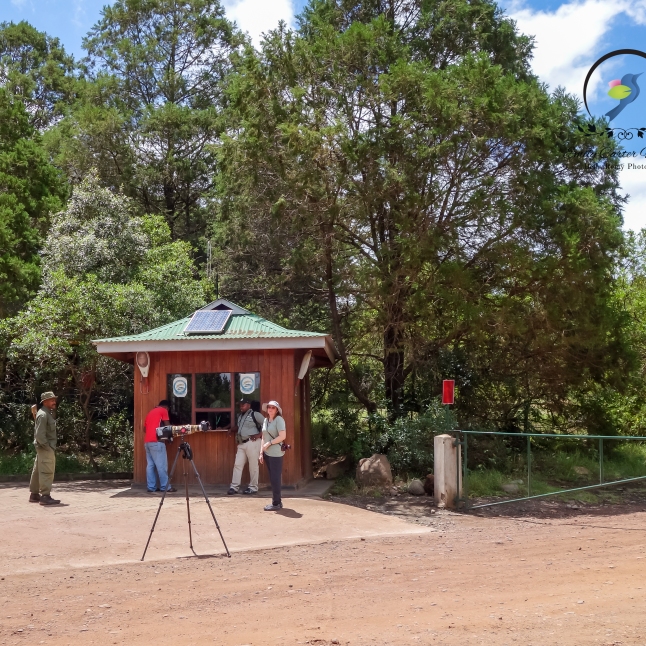 Arusha National Park is the only place on the Northern safari circuit where the black-and-white colobus monkey can be found. Wildlife is plentiful here, and filled with baboons, blue monkeys guaranteed to keep one entertained. For those bird watchers, known as “Twitchers” the park offers a wide variety of species from tropical forest birds such as bee-eaters and Turacaos to waterfowl including flamingos and shorebirds.

This park is one of the few where you are allowed to go on a walking safari. With many trails throughout the park, a guide is engaged to lead the way, rifle in hand for protection. Our walk was about a mile in a half circuit that lead to a cool waterfall in a small canyon. 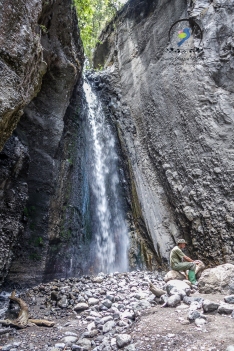 The walk allowed us to get up close and personal with water buffalo, baboons, giraffes and the shy warthog.

Arusha National park is a hidden gem in the Tanzanian safari circuit. Lesser known among the big safari companies, the park is easily accessible, safe and is a great place to begin one’s safari holiday.

Join me in the next post for a closer look with the wildlife seen at the park.