A Stick and a Fish

With the despair of the lost nest of Zorro and Esperanza, I have been hoping that they would rebuild. For the first few days after the wind storm, they sat at the nesting site with a look of confusion.

Then one day the weather was favorable, and it appeared that nest building was once again on their minds. Watching Zorro bring a couple of sticks to the nest, Esperanza oversaw the construction. On the first pass, Zorro tried to be efficient with soft nesting in one foot, and a stick in the other. Seems while it may have been a good idea, it really didn’t work. The soft nesting falling from between his talons.

Giving Zorro a look, Esperanza told him in uncertain terms that he better get it right this time. Poor Zorro…”Really honey, I’m trying my best!”

Of course, there is nothing better than making up after a little argument.

Zorro, so determined to make his girl happy he then brought her dinner. He is such a sweet boy. 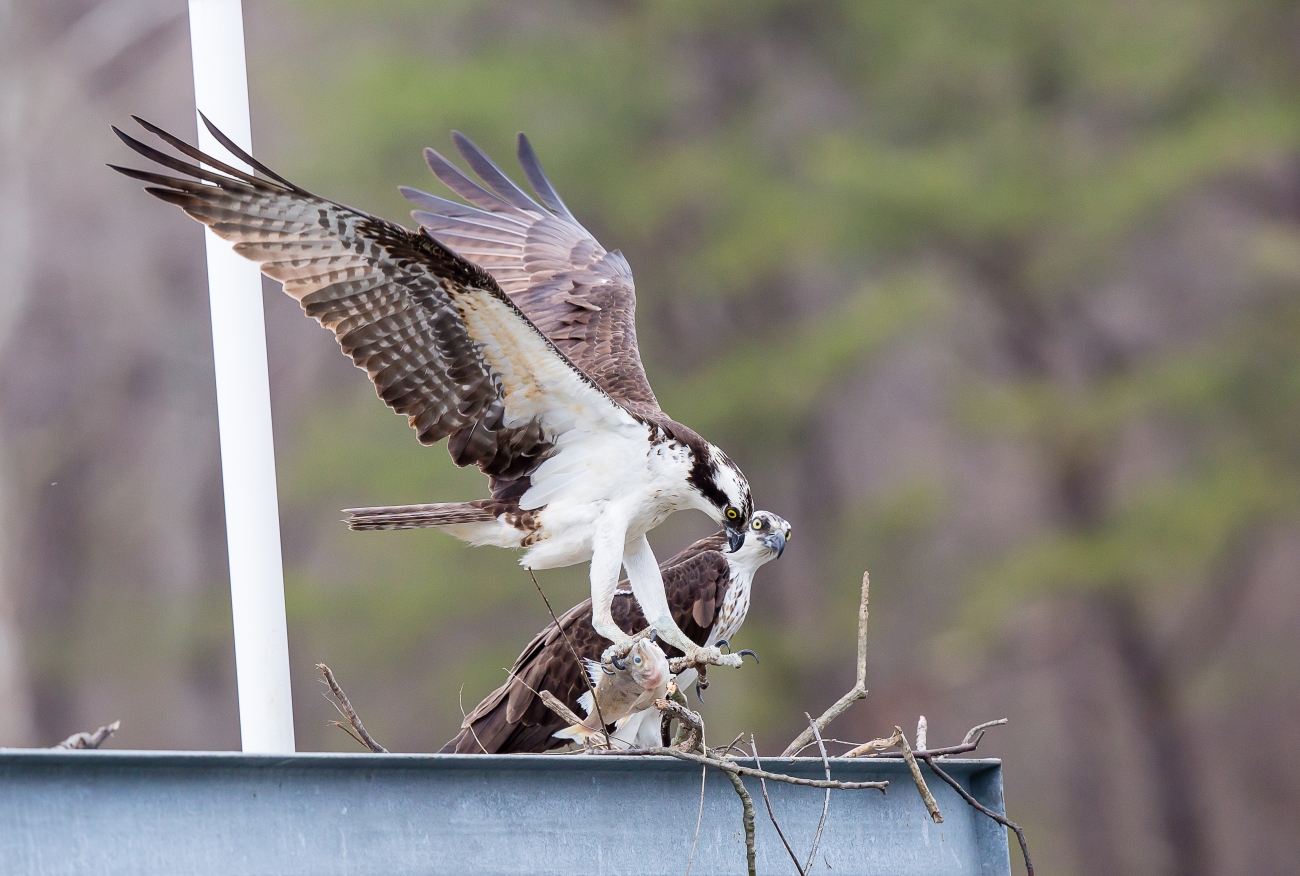 In watching him this time, it must be getting near time for Esperanza to lay her eggs. As another Osprey flies close to their nest Zorro screams loudly “She’s mine! The nest is mine! Better watch out!”

Now to begin the watch for when Esperanza starts sitting on the nest, thus indicating eggs have been laid.