Board a panga with me and let’s slowly float along the cliffs of Tagus Cove. The high rocks are teeming with life that can only be seen by water. This cove is popular with a number of birds and wildlife, as well as Sally Lightfoot Crabs and Marine Iguanas. Along the waterline brightly colored algae and coral cling onto the rock, while the waves covered and exposed them with each swell.

Looking at the water where a Flightless Cormorant and Galapagos Penguin were swimming and diving for fish, the water seemed to invite me to jump in and join them. 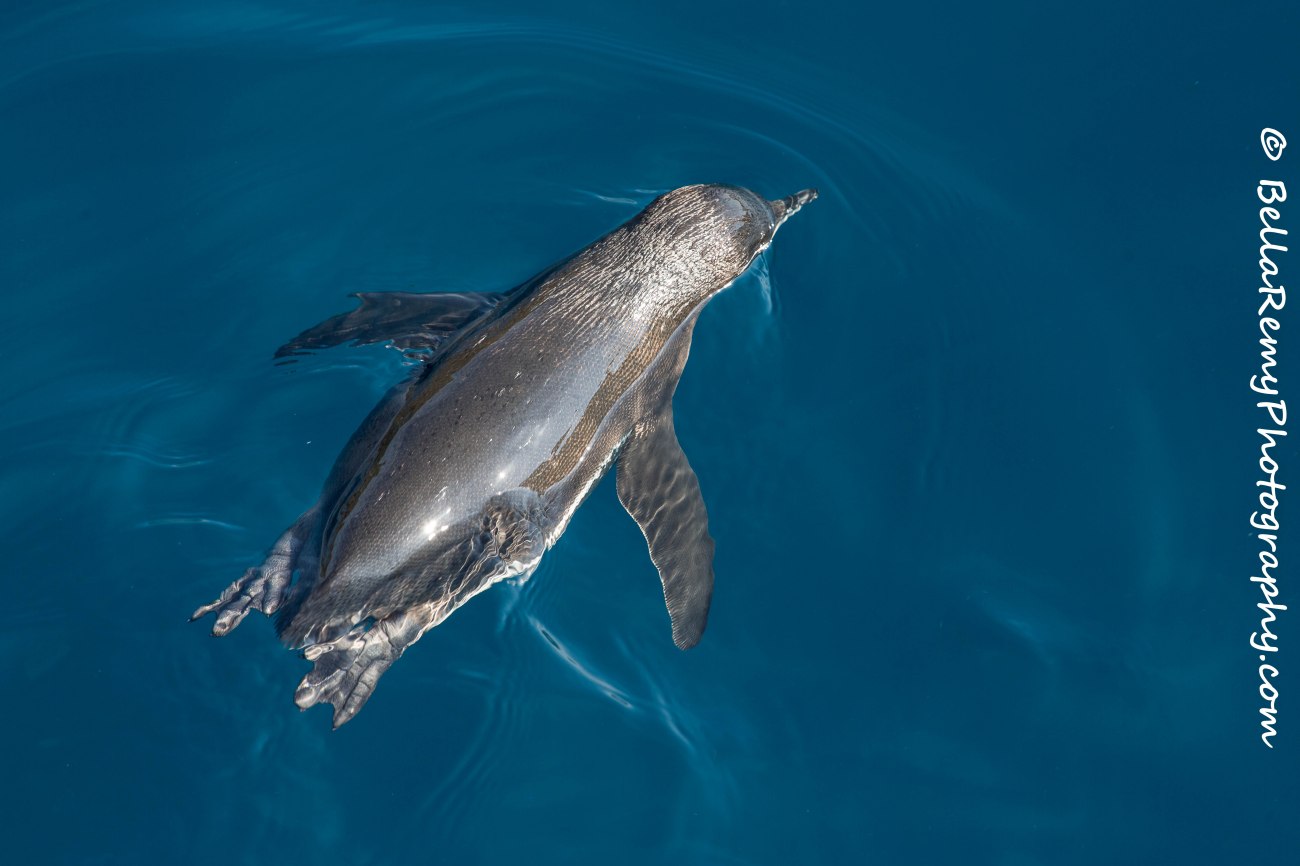 A fin was seen in the water. Is it a shark? A dolphin? Nope, it’s a Galapagos Sea Lion warming its underbelly at the water’s surface. Looking like it was dead or dying, these Sea Lions float upside down during the day to warm themselves with the sun.

Along the cliffs is where the bird world thrives. Blue Footed Boobies, Brown Noddies, Brown Pelicans, Flightless Cormorants and Galapagos Penguins can be enjoyed while floating past. Even more birds fly by including the Galapagos Martin, Elliott Storm Petrels and American Oystercatchers. 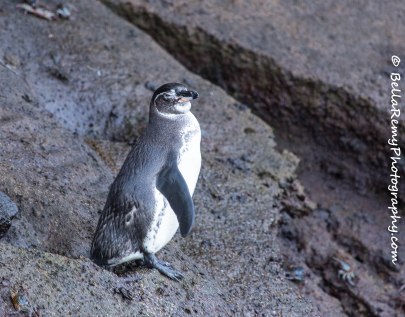 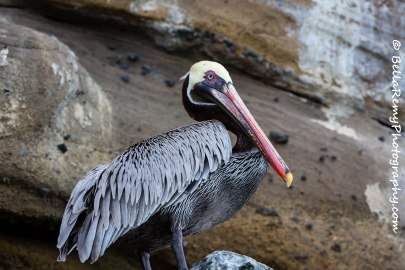 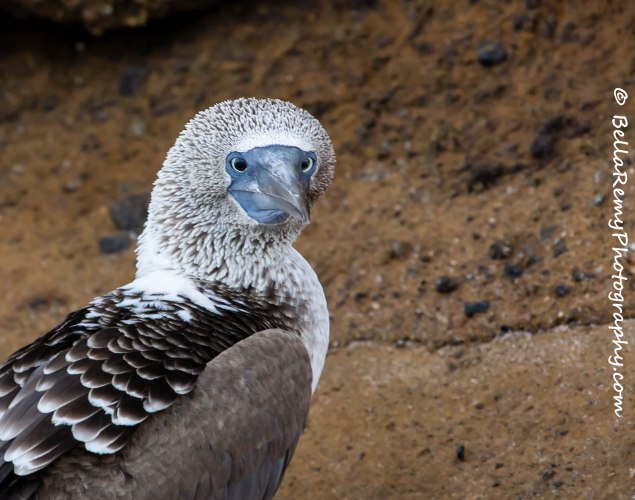 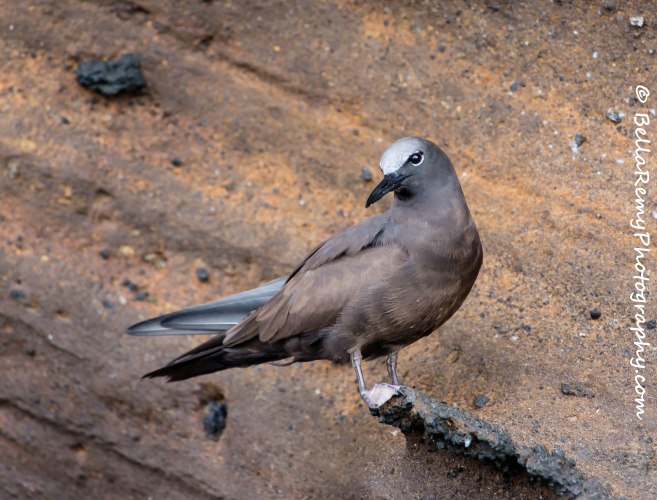 As a photographer, this was one of the most challenging photo situations I’ve come across. First, imagine being on a bouncy panga that is on three to four foot swells. Moving back and forth towards the rocks guided by the waves and the panga driver. The lighting was in full shade and having dark birds along a dark background was difficult.

Then imagine trying to get a picture in focus.

Thank goodness for continuous shooting. Even with using Auto White Balance, my camera seemed to not quite get the light right. And then the metering; Spot, Center Weighted. Both options were used, knowing that Evaluative would just underexpose the images. I was thankful to have my 100-400mm lens as it’s lightweight enough to hand hold and flexible enough to maneuver within the panga without hitting the passenger next to me.

Using Aperture Priority set at f/7.1, the shutter speeds ranges from painfully slow to acceptable enough to help with the constant motion. The dim lighting and high contrasts and dark scenes then bright scenes caused me to continuously change my settings. Take tons of pictures. Keep the best, throw away the rest.

The Panga drivers were thoughtful enough to bring the panga around so that each side of the panga had good views of the animal. Sitting up front or in the back certainly had its advantages as being in the middle was constrictive. They provided enough moments with each animal to be able to capture enough images for at least one good shot.

I had fun on the panga ride and so glad that I don’t get motion sick. Although seeing all the wildlife keeps one quite distracted. I’ll leave you with the multicolored coral, algae and starfish along the waterline. 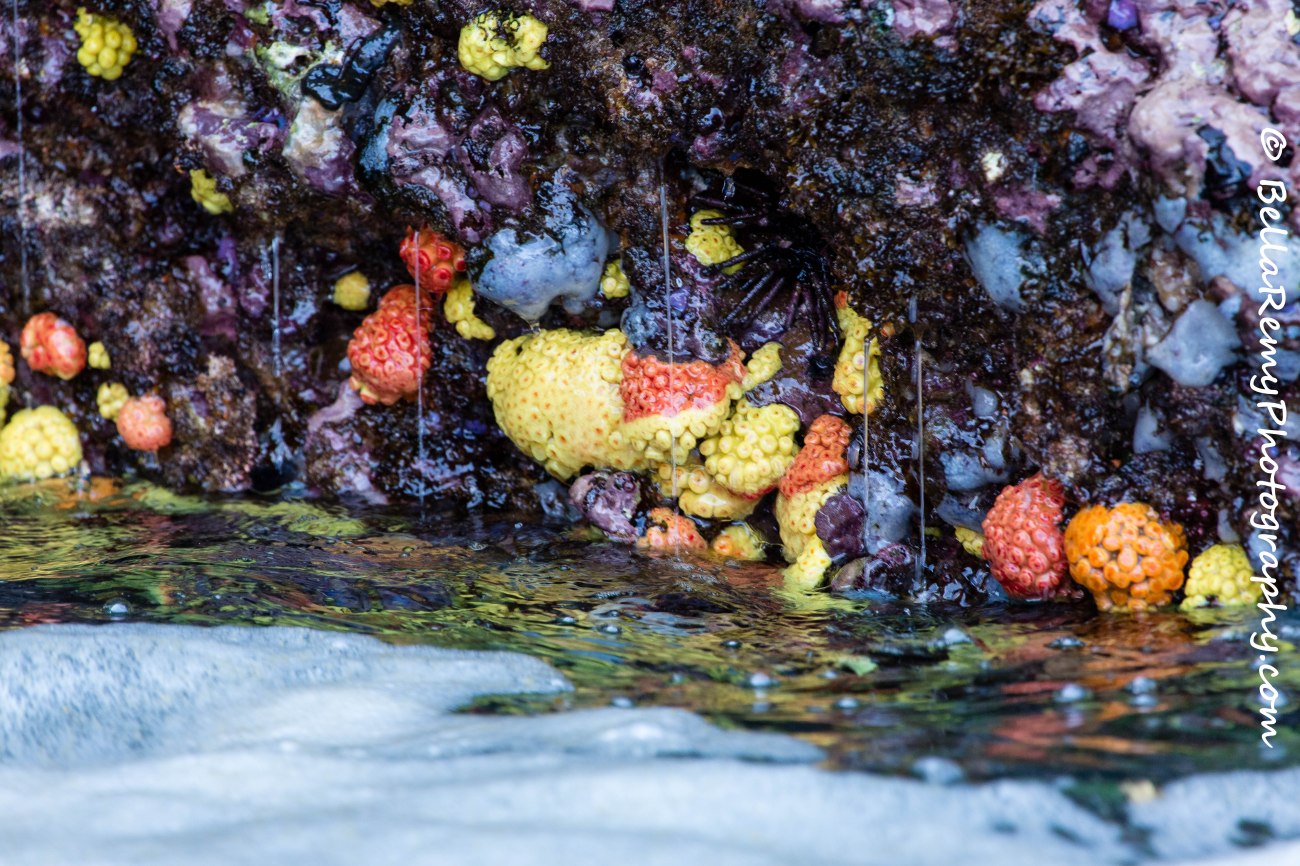