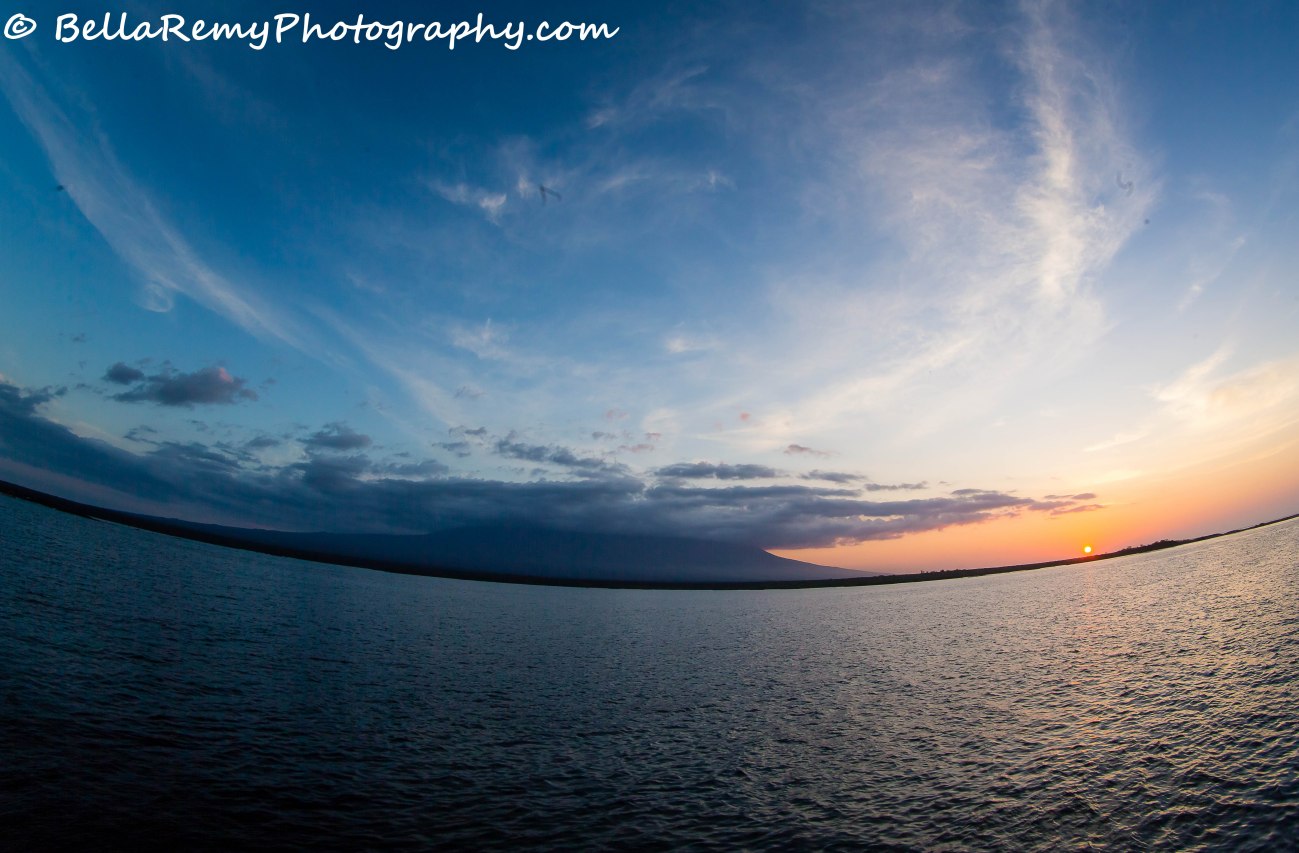 An early morning rise after the first night on the Eclipse Cruise ship. My friend and I were able to obtain single cabins that are tucked in the front of the bow of the ship for a nominal additional fee. It was wonderful to have a room to myself and to be able to spread out and have some quiet time.

But it was the first night I’ve slept at sea in over 12 years. I had forgotten the ups and downs one experiences while on a ship. In particular when you’re situated at the bow. Another surprise was that the huge anchor chains were brought up at the unforsaken hour of 4:00 am so that the ship can move closer to our morning’s port of call. So by 5:30 a.m., I threw in the towel and got up so that I could enjoy the sunrise. I had rented a fish eye lens and I wanted to play with it a little to see what I could come up with. I think that I may need a lesson on how to really create with this lens as I just didn’t seem to get it. But the sunrise was glorious and I watched my first Frigatebirds fly in for a landing on top of the ship’s tower.

This morning’s stop was to be at Rabida Island which was named after the Convent of Rabida where Christopher Columbus left his son during his voyage to the America. Rabida is an isolated island with Mother Nature the owner. No man lives on this island. Only wildlife that is able to survive the elements on this iron filled red rock island.

This morning was to be our first official “Wet Landing” and heading towards the red sand beach, I wondered how well I’d manage to heft my “baby” onto shore without getting it wet. 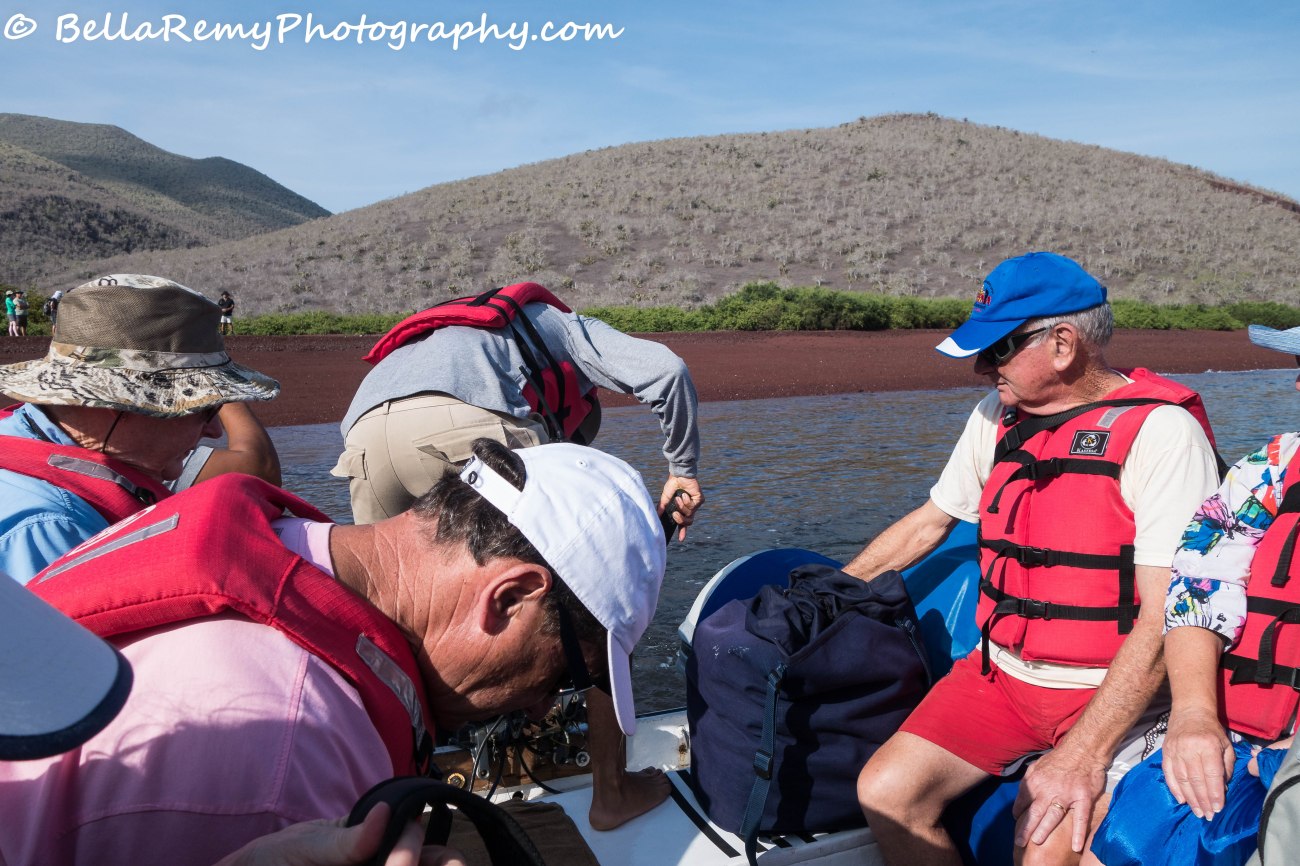 The beach is absolutely glorious with the morning sun beating down on us. It seems that the hot days warm up the waters surrounding the islands, and the cool nights bring mist over the islands. Bringing the humidity levels up, it took a little getting accustomed to the tropical temperatures. But the stunning island takes my breath away and the early heat quickly became forgotten.

I had discovered that my newly acquired Sony Cybershot DSC-RX100 II offered a Panorama feature. So of course I had to play with it. This camera ended up being a great go-to camera for close up and regular landscape shots. Slinging this across body, along with carrying the Canon 5D Mark III, Canon 500mm L, Really Right Stuff Tripod, with Wimberly Gimbal Head became my daily camera equipment.

We first began a circular trek for about 1.5 miles that gave us a glimpse into the landscape. Seems due to the equatorial sun, the plant life have little leaves on them as they retain heat. The first ones to greet us to the island were Lava Lizards and the Galapagos Mockingbird.

But my favorite moment is when this Galapagos Flycatcher flew in. Very inquisitive, she saw herself inside my lens and tried to fly into my lens hood several times. Fluttering in front of me, I wondered if she would land. Instead she chose a close by tree so that she could get a better look at me.

The terrain of the island is rugged and the trails well maintained.

But the island walk-a-bout was just the first portion of our visit onto Rabida Island. Some beach time was planned with snorkeling along the rocky edge of the island. Stay tuned for the next post on beautiful Rabida Island.