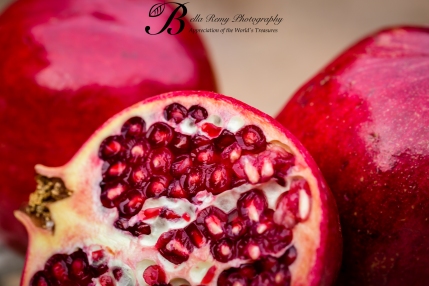 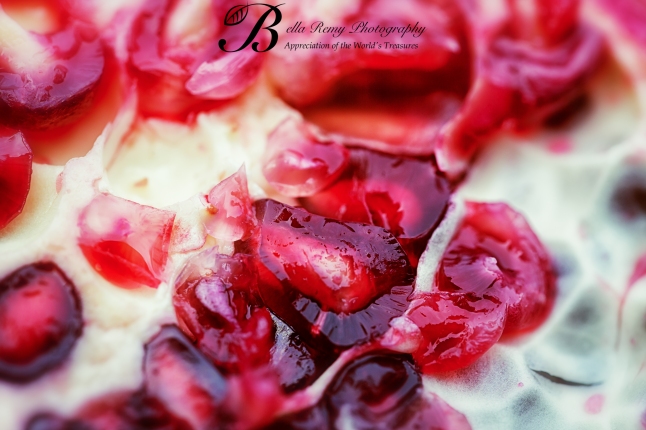 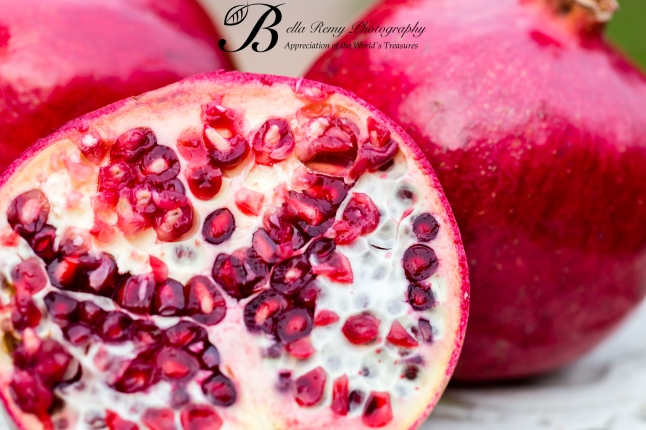 The Pomegranate originated from Persia and is one of the oldest known fruits. A symbol of health, fertility and eternal life.

In “The Abduction of Persephone”, daughter of Zeus and of Demeter – Goddess of the crops and harvest.

Persephone was known for her beauty and one day Hades abducted her while she was picking wild flowers and whisked her away to the underworld.

It is said that no one should eat while in Hades, as if one does they are doomed to stay there forever. Hades made Persephone eat four Pomegranate seeds and made her his wife.

Zeus finally demanded that Hades return his daughter to the earth. Upon her return Persephone told her mother, Demeter, of the four Pomegranate seeds. Because of these seeds, Persephone returns to Hades a third of the year as his wife and the remainder of the year with her mother.

In Demeter’s sadness of Persephone’s yearly absence, she refuses to allow crops to grow until her daughter’s return.

It is now time that Persephone is returning to the underworld and Hades, and Demeter begins to mourn.