Ospreys on the Magothy

Living on the Magothy River that feeds into the Chesapeake Bay allows me to play in the playground of Ospreys. These beautiful birds, sometimes known as Sea Hawks are so creative in where they make their homes. Fishing daily to feed their little ones, the crying fishing call can be heard along the waterways. 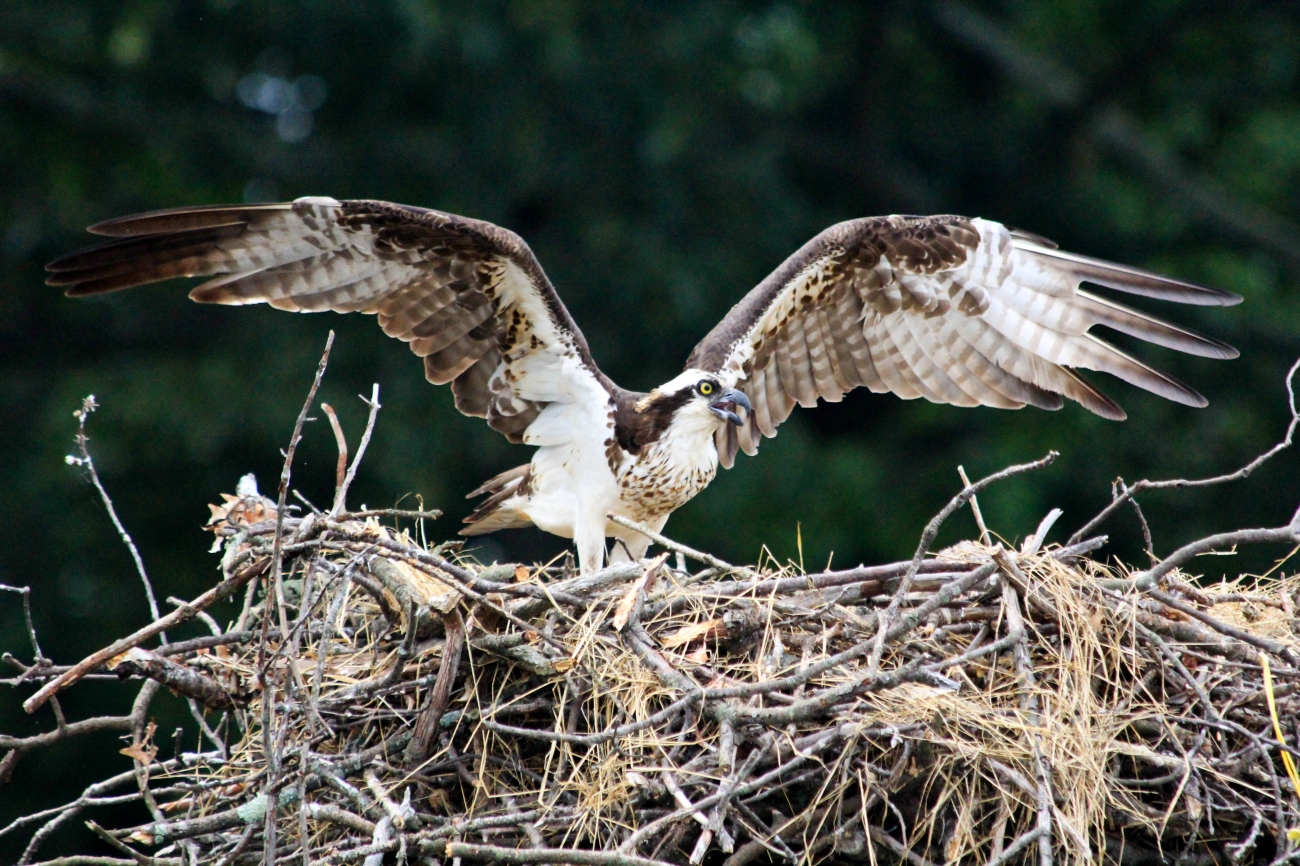 Many people on the Chesapeake Bay are such lovers and advocates for the Osprey, that they build nesting stations in hopes that an Osprey family will move in. Just down the river from my home was one such nesting station. I went with a friend of mine to try to take photos, but the Osprey parent was very protective of their little ones. Screaming at me in protest, she continued to shrill at me, expanding her wings in hopes of intimidating me.

Even with my 70-300mm zoom lens, I couldn’t help the current that drifted my boat closer and closer to their nest. The human who had placed the nesting station there came out of their bungalow and shook their fist at me, telling me to leave and to stop bothering their bird !

I hung my head in shame and started to head down river in hopes to find another Osprey nest to try to capture. I had to admit though that this nest was in a protected and shady cove –  not the best light for photography anyway.

So off I headed to Marker #MR on the Magothy for I knew that there was an Osprey couple that had taken up residence there. Arriving shortly, the couple were at home. Sitting together enjoying the later afternoon sun, they watched my approach with their keen eye. While more accustomed to people floating by on boats because of their busy cross-roads address, they still wondered just what I was up to.

Posturing with their huge wing span, they thought it would be enough to get me to drift off. Little did they know that I was bound and determined to get my ‘gallery’ shot. 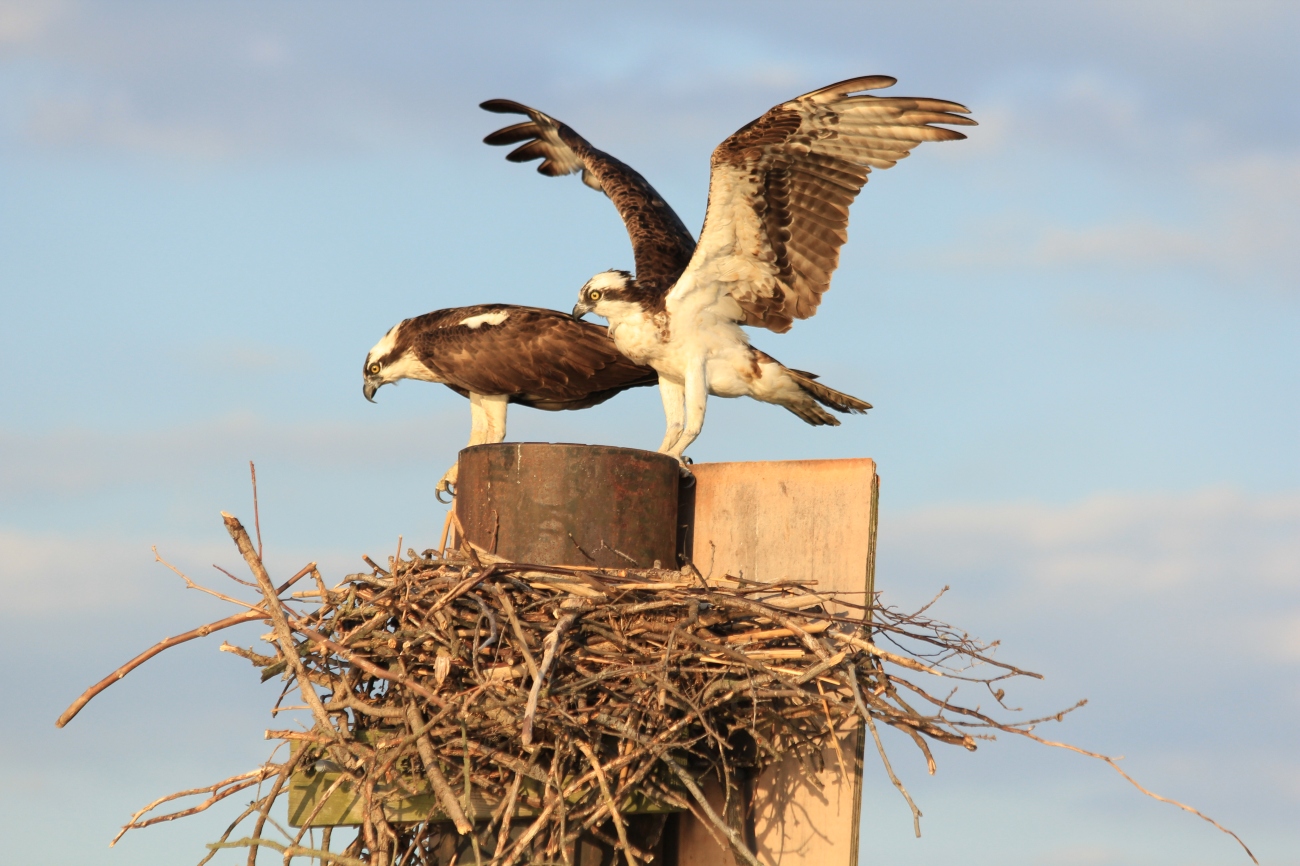 After a few moments of screaming and flapping their wings, they realized that I wasn’t going to go anywhere. If they wanted privacy, then they’d have to go elsewhere. So much for their romantic evening by the water.

Has She Gone Yet?

Finally taking flight, I got the chance to try to get my gallery shot. It was well worth the wait!

Ok..well, maybe I exaggerate a bit. To get this shot it did take two field trips by boat on beautiful lighting evenings that were two weeks apart. But even more worth the wait.