Well, I’ve succumbed to the temptation and broke the piggy bank and have just acquired the mirrorless Sony A9 and the newly introduced 200-600mm lens. The kit arrived yesterday and I spent several hours last night watching Youtube tutorials and today was our first outing. To say that […]

During my visit at the National Zoo the other day, we stopped into the Small mammal house and enjoyed the little creatures that sleep throughout the day and party all night long. A pair of Fennec foxes were nestled in the back of their habitat with a dirty […]

The Smithsonian National Zoo in Washington D.C. is now home to two new Clouded Leopard cubs and have been on display since late September, 2019. Luckily a friend of mine wanted to go and visit them and off to Washington we went. While they have limited time in […]

This spring has been lovely after 2018 being a record year for rainfall in Maryland. We’ve actually had dry days and the ground has finally been able to return to normal. That is, until the rains began again this past weekend. In fact, it’s been raining most weekends […]

Sometimes taking the road more traveled can bring you perspectives and experiences that we all know and love. Adding to my list of autumn favorite locations is a popular park in our nation’s capital. Rock Creek Park boasts a strip of protected natural land with Rock Creek flowing […]

There an option available on my Canon 5D Mark IV that I’ve been wanting to work with and that is an in-camera Multiple Exposures image stacking. Similar to creating an Bracketed sequence of images for exposure, what the camera does is take a series of images and stacks […] 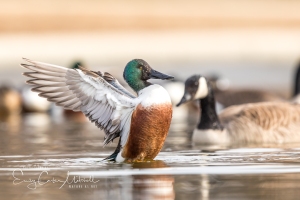 Before the rain set in this weekend, Friday I was able to finally get back down to Washington DC to Constitution Gardens to enjoy the ducks in the pond. The ice has mostly melted and the waterfowl are thrilled to be back. Northern Shovelers, Gadwalls, American wigeons, Ring […] 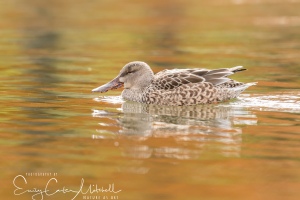 As you can imagine, I’m thrilled it’s duck season once more. One of my favorite haunts is at a least suspecting place which is smack-dab right in the middle of the Nation’s Capital. Yep, there is a large pond located on “The Mall” of Washington D.C. at Constitution […] 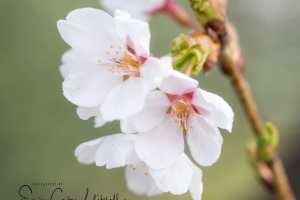 Cherry Blossoms on the Tidal Basin 2017

Spring has been so odd this year. Unseasonably warm temperatures in February led to below freezing temperatures in early March. The huge fluctuation in temperatures taunted the cherry blossoms to begin blooming early, and then they were burnt by the frozen night air. And so the fears was […]

Meeting a Caracal lynx today, I must say that I think they are the most adorable wild cats ever. With tufts of fur from their ears and inquisitive nature, to their short tail and dog like size, the Caracal is truly a charming creature. The name Caracal is […]