As you can imagine, I’m thrilled it’s duck season once more. One of my favorite haunts is at a least suspecting place which is smack-dab right in the middle of the Nation’s Capital. Yep, there is a large pond located on “The Mall” of Washington D.C. at Constitution Gardens.

Early winter several species of wild ducks come in and enjoy this man-made pond which is growing a good habitat for these dabbling and diving ducks. In fact, I happened to notice fish in the pond today which I really didn’t expect. I’ve been wanting to photograph the ducks on this pond while there was still some autumn leaves on the surrounding trees.

Luckily I managed to squeeze some time in before Thanksgiving hit and spent just a paltry two hours there awaiting for the ducks to become accustomed to my presence. Even though people walk around the pond all the time, the ones the ducks mind are those that sit and stare at them with big shiny lenses.

The ones that are willing to come closer are of course the mallards, and if you bring (eeh gads) bread for them, they’ll come rushing for a handout. I’ve brought healthier corn for them, but they have no idea what to do with it. Secondly, the flock of Northern Shovelers like to forage along the island and have a few in-water perches that they enjoy. It took a while, but finally they began to ignore me and swam right past.

There are other species of ducks there including Gadwalls, Ring-neck ducks and even a stray American wigeon was there.

I had heard about a resident Red-tailed hawk and have seen some marvelous captures of him last winter dining on a squirrel. To my pleasant surprise, the hawk was there today front and center on a low tree on the island. Not caring one bit about the four tourists that stood close by looking at him. I watched him with his keen eye and swoop off to catch a squirrel….only to miss. 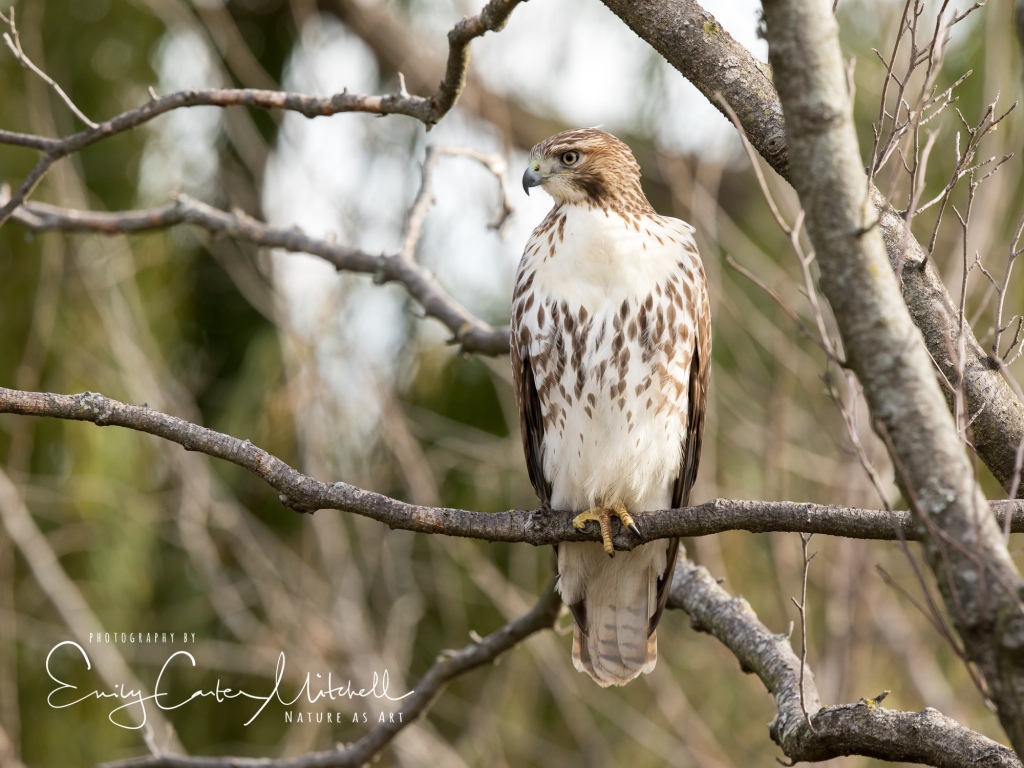 It was pretty darned awesome for a short visit and I can’t wait until I can return again.