Build it and They Will Come

It’s a day to be thankful for all of the gifts that I receive. For years I’ve been creating a wildlife habitat in my urban garden by providing water, food and shelter. As they say, birds of feather flock together and it is true. The more birds see […] 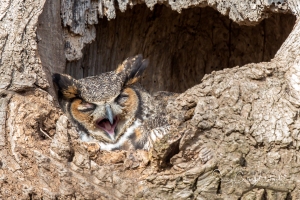 It’s time for Birds of Prey week. Starting off with some lovely owls and then moving on to some raptors. In a small photography workshop at the Carrie Murray Nature Center, several of us had the unique opportunity to spend some intimate time with these beautiful birds. Located […]

A Barred Owl BY RICHARD WILBUR The warping night air having brought the boom Of an owl’s voice into her darkened room, We tell the wakened child that all she heard Was an odd question from a forest bird, Asking of us, if rightly listened to, “Who cooks […]

I’m going to let you in on a little secret. It’s “Owl” week! After enjoying the darling little Owlets in Ephrata, Pennsylvania, and the Birds of Prey photography workshop last weekend at Carrie Murray Nature Center I’ve been on owl overload. Now that we’ve seen baby Great Horned […]

The Eurasian Eagle Owl is native to Europe and Asia, but not found in North America. Several do exist in America in exhibits, allowing those that can’t travel to foreign lands to set eyes on them. Considered one of the largest owls in the world, their pumpkin colored […]

The Library of Wisdom

One of the best places to learn is in a library. In this case, in the unparallelled Library of Congress in Washington D.C. As the world’s largest library in the world with over 120 million items in the collection, the wealth of human knowledge is held within the […] 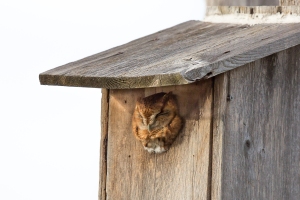 A little short story of newfound friendships, helping a neighbor, and a love for nature. Last winter I was at the end of a point on the Magothy River looking at tundra swans in hopes of locating a rare Trumpeter swan claimed to be in the flock. One […]

Yesterday morning, the Feathered Friends Photography Meetup group participated in a wonderful Birds of Prey Photo Safari hosted by David Muse of Baltimore Photo Safari and Marie Joabar of Capital Photography. This event is offered twice a year and each time that I participate the experience is brand […]