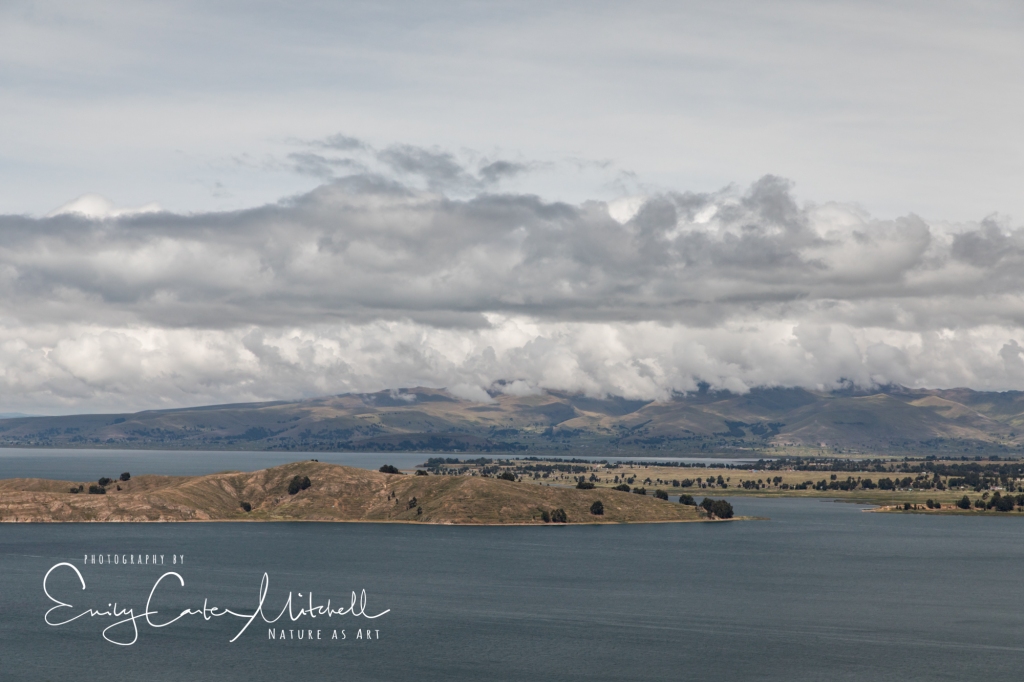 After our two night stay in La Paz, Bolivia it was time for us to increase elevation and visit the beautiful Lake Titicaca. With the snow-topped glacier mountains of the Cordillera Real in the backdrop, we began our long drive towards Copacabana around the eastern edge of the lake. It took a long time for us to get out of the overgrown “El Alto” and the road that lead past Huatajata towards the Tiquina Strait showed urban sprawl.

I remember these areas thirty years ago when they were large fields with Aymara Indians working them. Growing potatoes as their primary crop, many of these crops have been replaced with the more profitable Quinoa. Even though farming is now becoming a more beneficial trade many of the younger Aymara people are choosing to move into the city for a different way of life.

Lake Titicaca is considered to be the highest navigable lake in the world, bordering Peru and Bolivia. With two sections that are connected by the Tiquina Strait, the lake is a beautiful sight to see.

On our way towards Copacabana, we stopped and watched a large, fast and furious rain storm pass while enjoying a delicacy from the lake. “Trucha” or lake trout is now being farmed on the lake and had been introduced to the area in the 1930’s by United States Fish and Wildlife Service. A seemingly good idea to provide a food source and livelihood for the locals, the near century presence of this non-native fish has threatened native species in the lake.

It was almost like being in a Bubba Gump Shrimp commercial ~ Trucha in many different ways was offered on the menu. 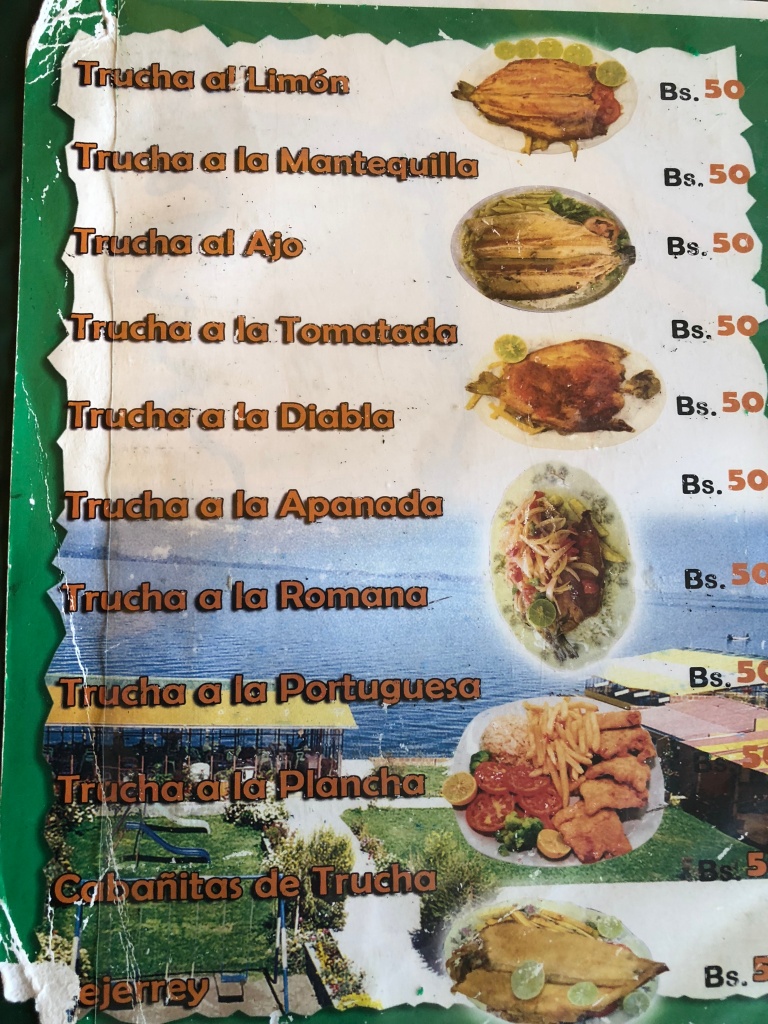 We arrived to the Tiquina Strait and the only way to continue was to drive our truck onto a ferry boat and brave the after storm waters. Usually they load the boat with as many vehicles as they can fit onto it, but I insisted that we take the boat on our own. It ended up being a calm and peaceful crossing and Andean Coots greeted us along the shorelines.

Driving away from the strait, the storm clouds began to lift and the Cordillera Real became illuminated by what seemed as the Grace of God. 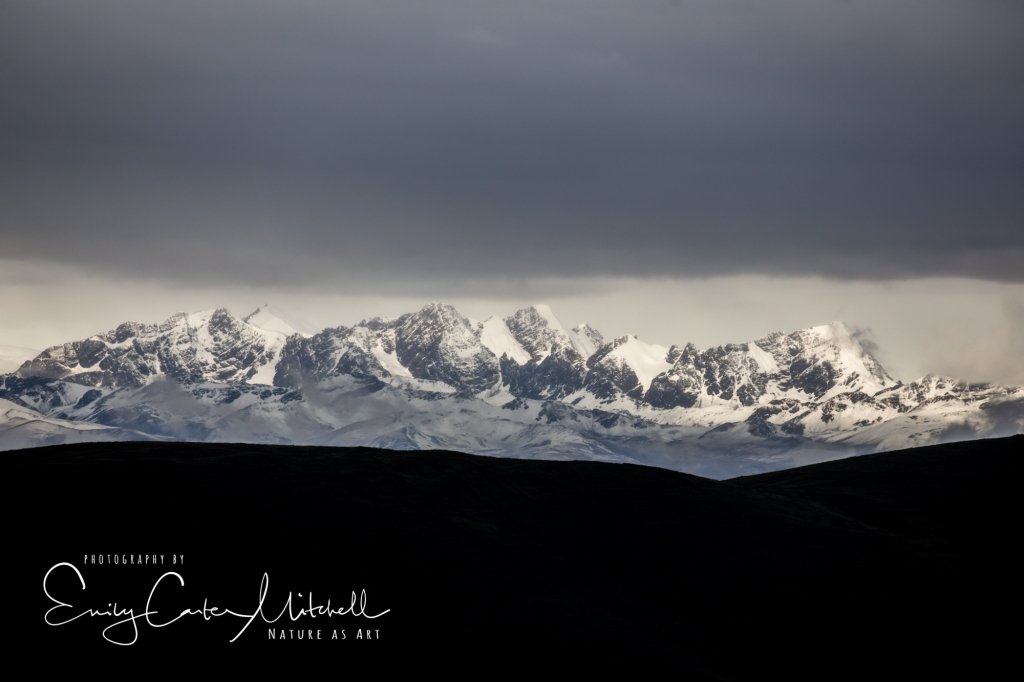 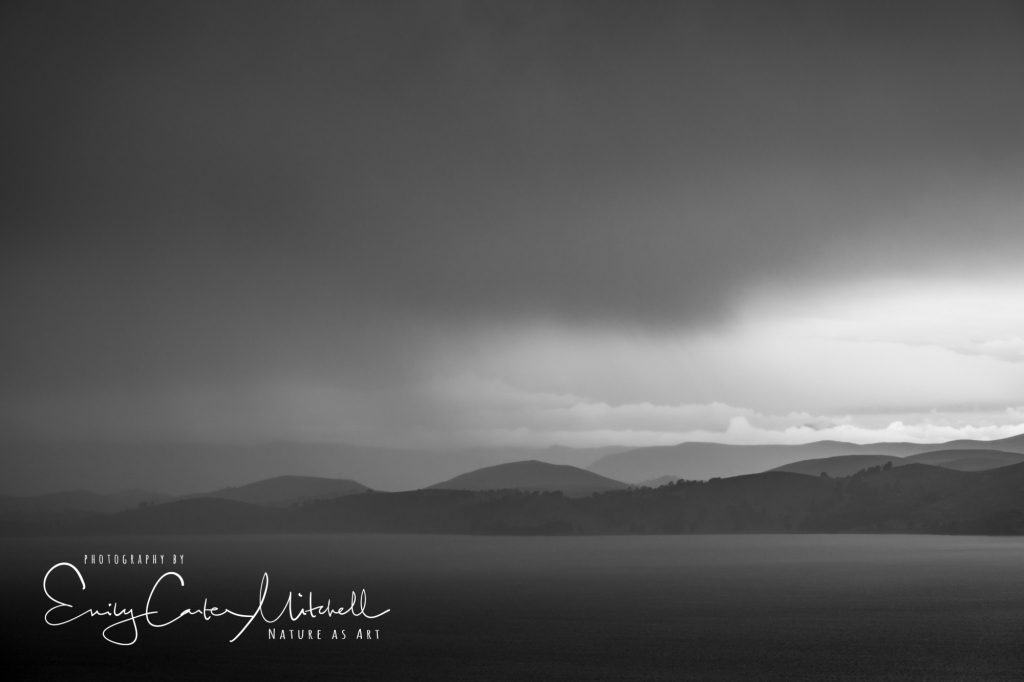 Lake Titicaca is a special place and its importance to the landscape should never be underestimated. Suffering from lowering waters due to shorter rainy seasons, and melting glacier mountains that feed the lake, the effect of pollution is becoming even more evident. It is a biodiverse lake hosting more than 530 aquatic species that live on the waters.