The Large Animals of Africa 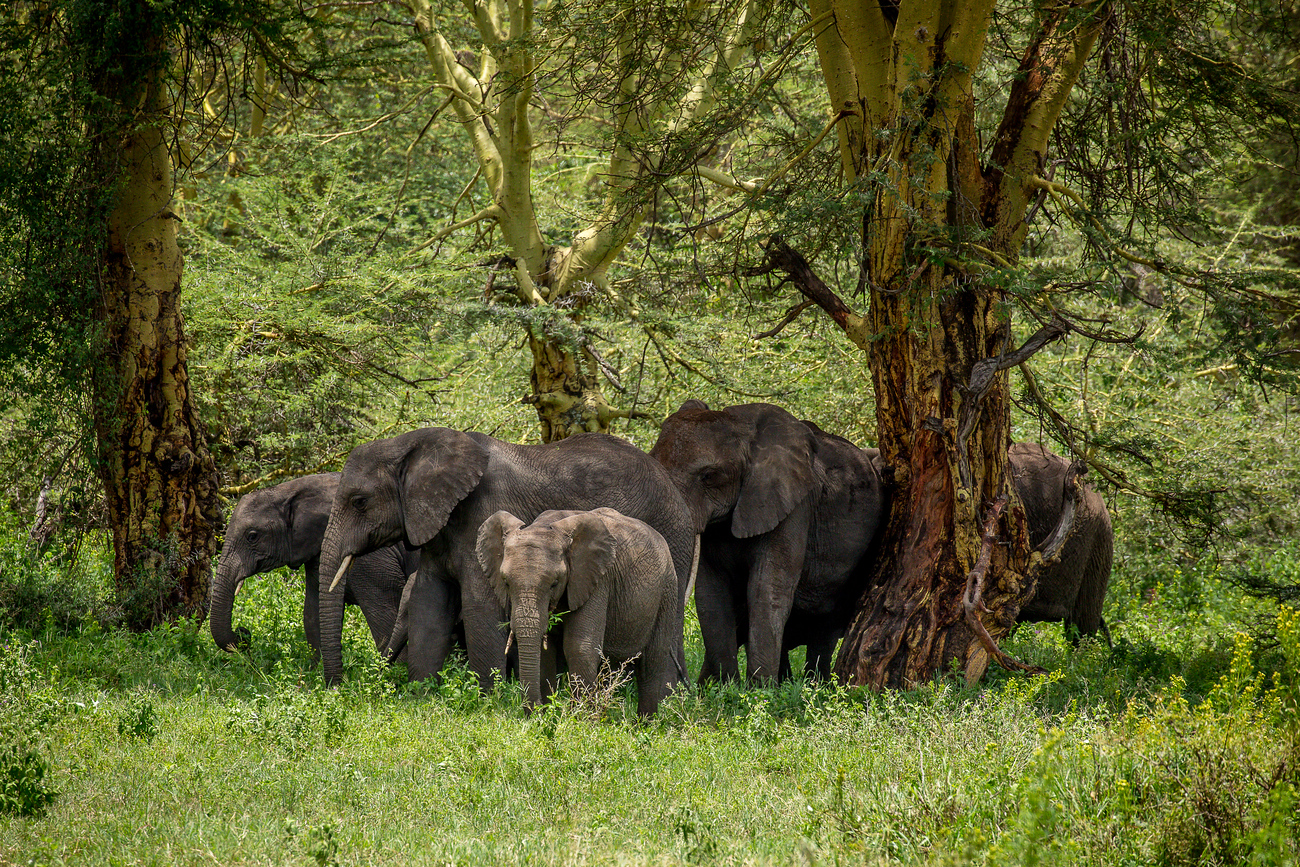 Along with the lion, one of the other animals that best says Africa is the grand Elephant.

There were several large mammals we were able to observe including the Elephant, Hippopotamus, Rhinoceros, and the Water Buffalo. One of the more rare sightings was of a baby Hippo and its mother outside of the wading pool at Lake Manyara National Park. 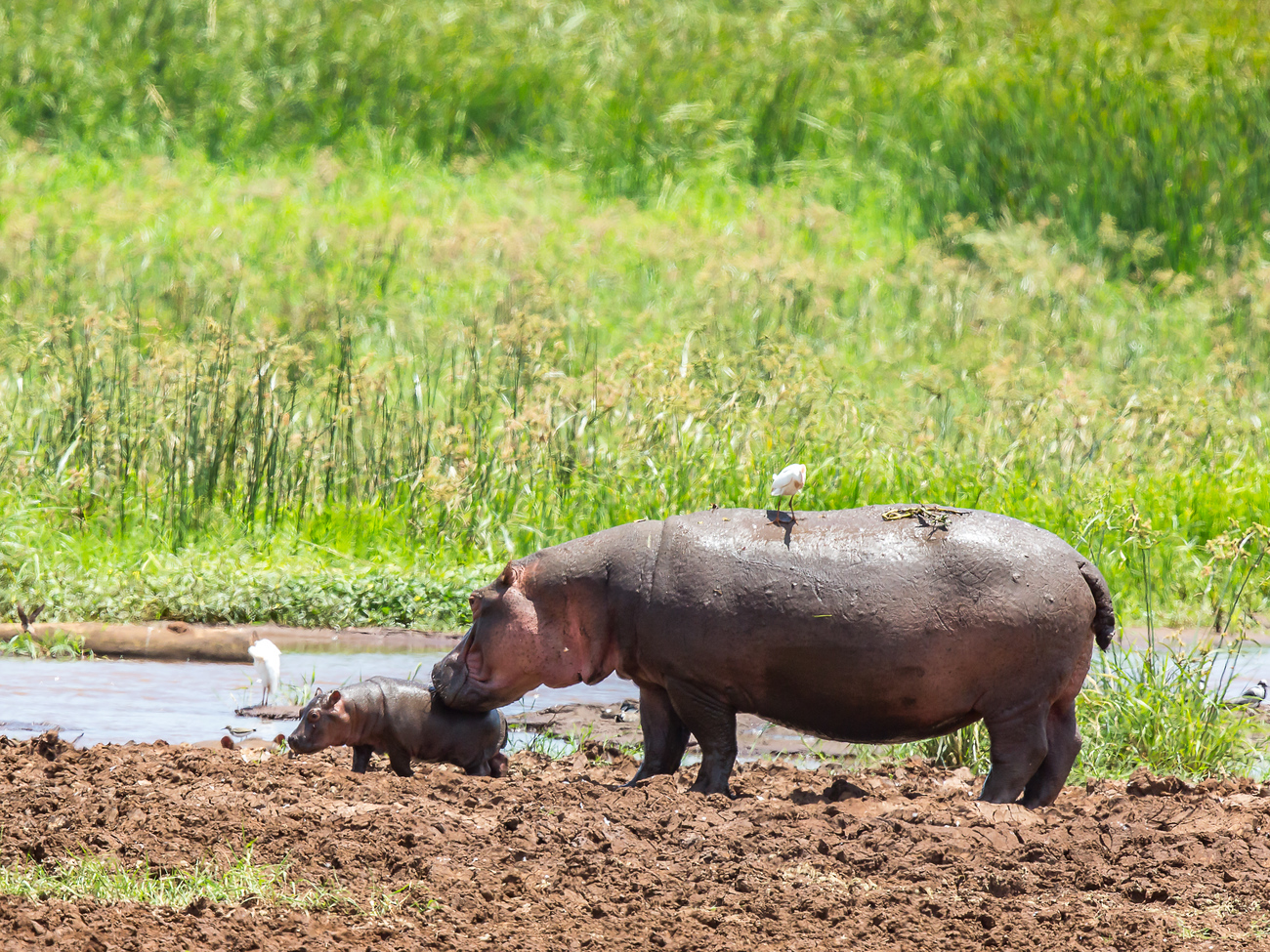 The White Rhinoceros are residents of the Ngorongoro crater and looking for them is like looking for a needle in a haystack. However, our sighting completed our “Big Five” for the trip. 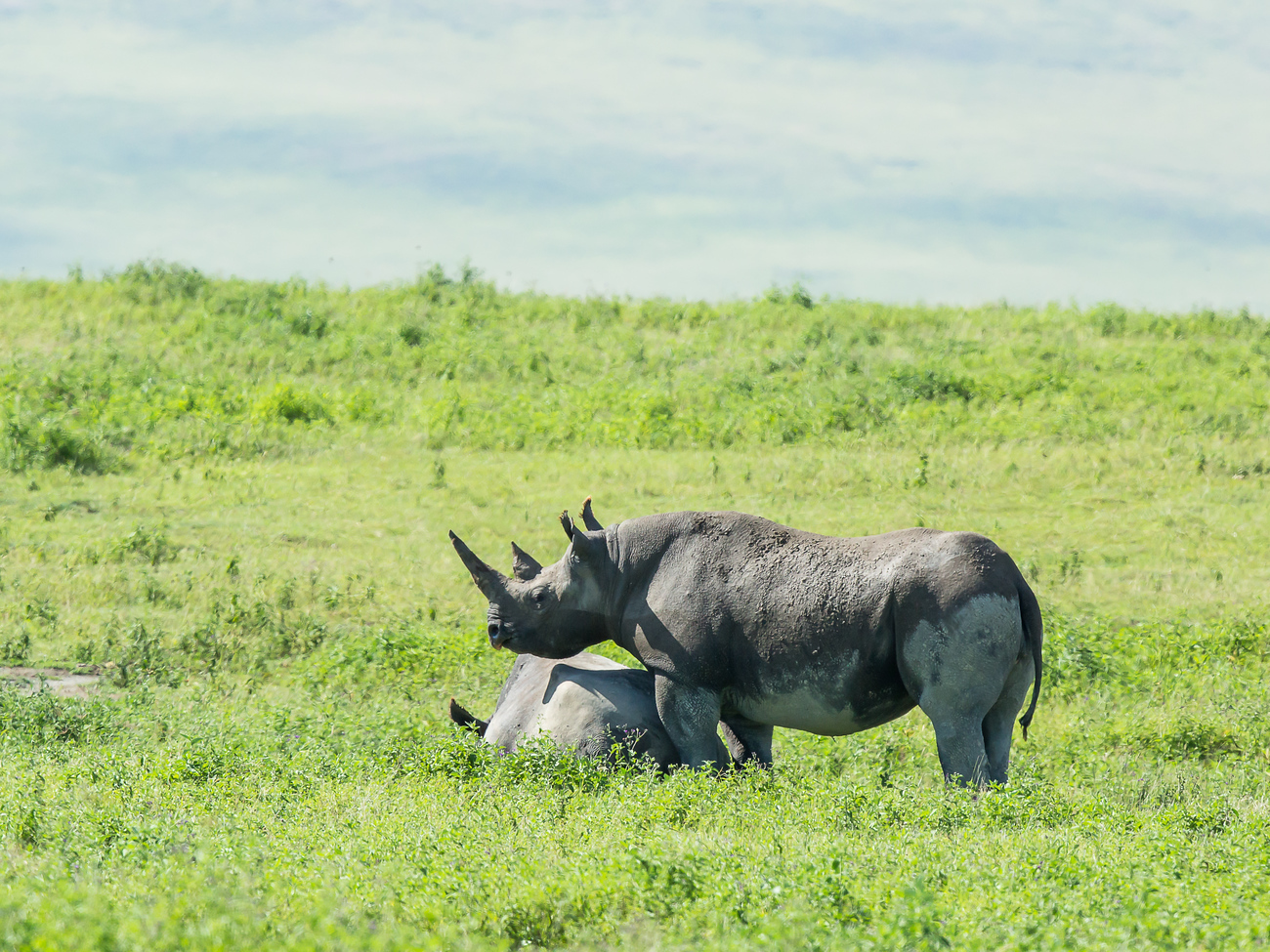 The Elephants Are plentiful in Arusha National Park, the southeastern section of the Serengeti National Park, and within the Ngorongoro Crater and offer wonderful views of them in the landscape.

We had two close in encounters with the elephants. Once was in the crater where the elephants are so used to jeeps, they just graze right next to the jeep.

The other one though was in Arusha National Park. There were four elephants grazing along the road. The bull was lagging behind not paying attention to his family. As with most of our stops, our driver would turn off the jeep so we could sit in quiet and watch the wildlife. It also helped tremendously to avoid camera shake for our photographs.

With the jeep blocking his view of his family, he began to walk towards our jeep with intent in his eye. He was doing it quietly, but it was clear that he was coming towards us. The closer he got, the more concerned I became. Um…driver? You may want to move the jeep. Afraid that the elephant just might charge us. After all, we were blocking his way to his family. 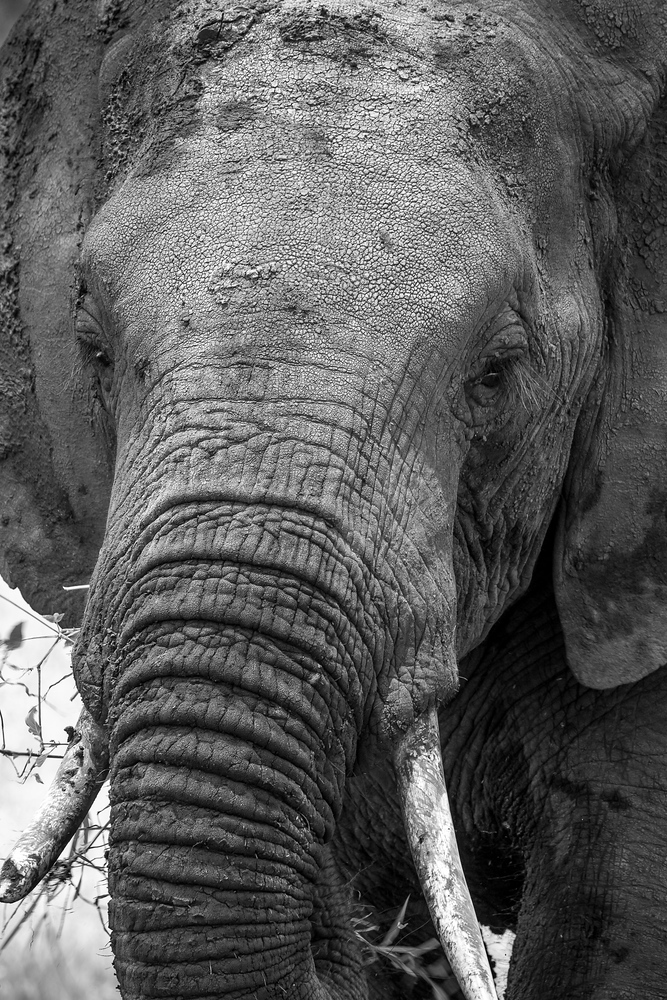 Endeni, our driver turned on the jeep and it was enough for the bull Elephant to realize that we weren’t a threat. He shifted his direction and also walked right behind the jeep. So close we could have reached out and touch him. Taking a deep breath, we watched him walk away into the brush.