Life at the Manor & Contest Winner

Allow me to first congratulate on the winning names for Mr. and Mrs. Bluebird. Submitted by Fatima Saysell, the names of Azure and Celeste have won the contest. She will be receiving an 8 x 10 print of Mr. Bluebird or of her choice.

Today’s nestwatch is that four eggs are in the nest. Incubation has begun and we should be seeing fledglings in twelve to fourteen days.

However, the resident Carolina Chickadees have beat the Bluebirds to the punch, and their babies began to hatch yesterday. At the nest check, four out of six eggs had hatched. Funny looking critters they are. 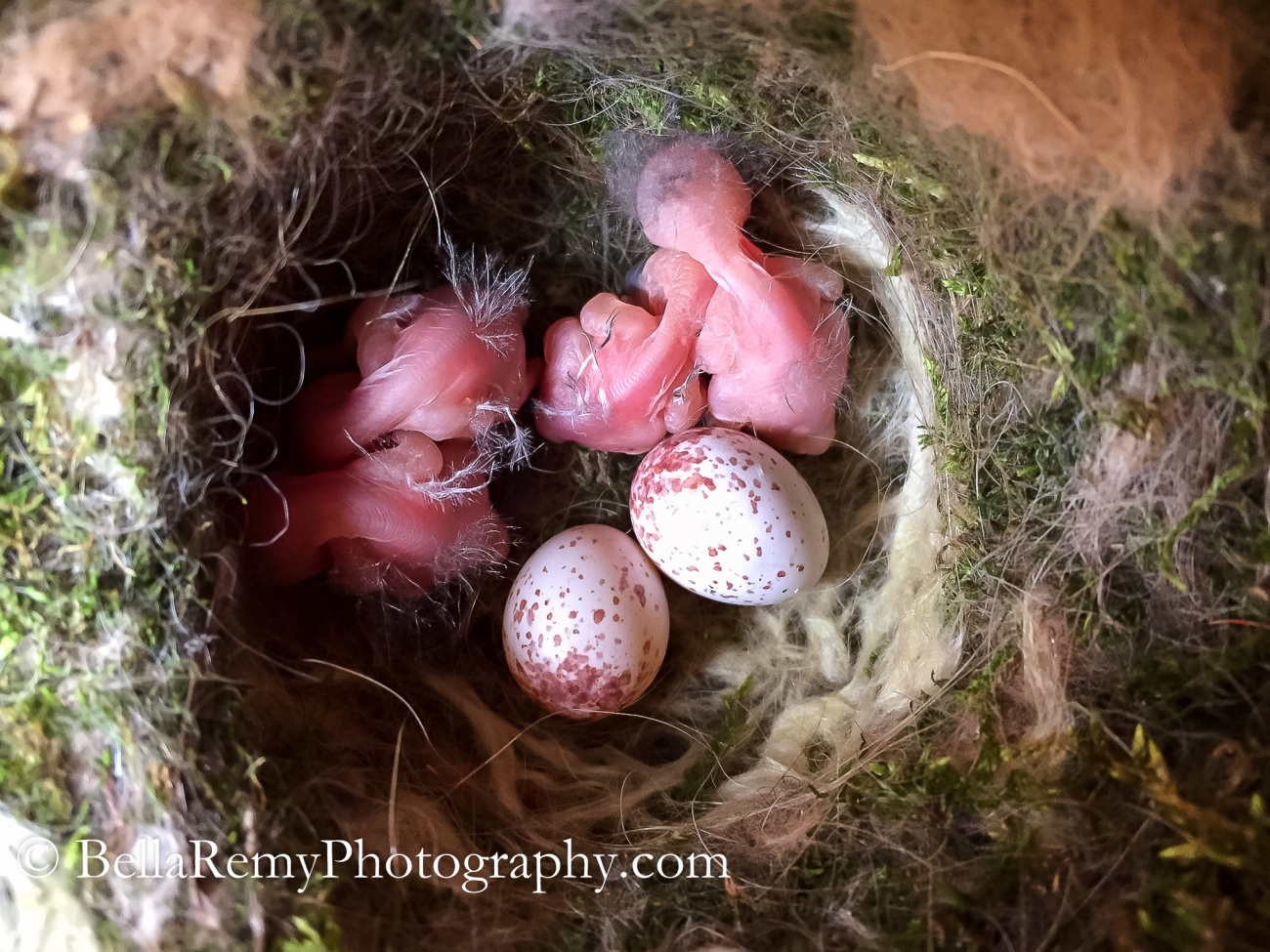 Along with this great news of families growing at the manor, an update is overdue for Zorro and Esperanza. We’ve been enjoying them so much this spring, and they certainly have been a great source of hope and entertainment. In spite of adversity, they appeared to persevere.

However, the latest development when Zorro built two nests seems to have divided the couple and it seems that Esperanza has given up on trying to have a family this year. The nests remain, but sit primarily vacant. Zorro and Esperanza are still in the area and send up the alarm when another osprey comes near their nest. But no indication of eggs being laid are being shown.

Indeed so discouraging, and all due the heartless act of a human who destroyed their large nest just when Esperanza was about to set some eggs. Completely disrupting her breeding cycle, there really was nothing else Esperanza could do.

So as life continues on, so must we. Let’s enjoy the families that are doing well and celebrate their success.