A Reason to Tern

Mixed in with all of the gulls at Sandy Point Park this week were a few terns. It was as if I was looking for a needle in the haystack between the huge flock of gulls. Surely one of these is not like the other. Indeed, this caspian […] 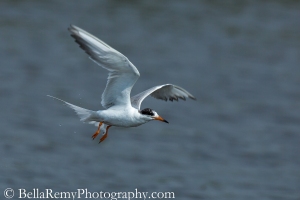 Don’t mind me. I’m just flying by as quick as I can. Been busy going from here to there and back again. And diving in between for refreshment. A tasty snack as a reward for being so fast. Now try to catch me if you can!

The late summer day was hazy, even if the temperatures were cooling. The waters on the Chesapeake Bay were calmer than usual, with many summer revelers already returned to the marina for the evening. The Osprey had returned to their nests for the night, but staying ever vigilant […]