The days are starting to get steamy and we’re entering into the dog days of Maryland summers. As always there are so many places I want to be but have so little time. One special thing I certainly wanted to try for was a Green Heron nest in […]

Ducks in the City

Duck season ~ I really do love duck season. There is just something silly and fun about these diving and dabbling feathered friends that play and swim in the frozen waters. The season is just beginning for me and this time of year one of my usual duck […]

Beginning of a New Year

Time flies when you’re having fun. The New Year has begun and after my rant and rave just at the end of the year about what had happened with the Snowy Owls in Delaware and New Jersey, I took a break and went on walkabout. The week after […]

As nature and wildlife photographers we all want to get beautiful captures of the species we discover. It is inherent that in that desire to do so, we naturally want to get as close to the animal as we possibly can to achieve that. However, in order to […]

It’s time for me to rant a little as something came up yesterday when I was out in the field in Delaware visiting the Snowy Owl that many have heard of by now. Please bear with me as this will be a long story. Allow me to first […]

From shore to shore I traveled this past week. Leaving the beautiful and soft sands of Southwest Florida where the breezes were light and the temperatures were warm to the cold and brisk Northeastern seaboard of Delaware. Before my trip I had heard that a number of Snowy […] 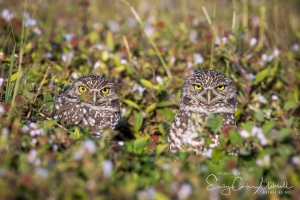 One of the many expeditions around the world that I would like to do was to travel to Southwest Florida and visit the Burrowing Owls of Cape Coral. I had heard of these darling little owls that live in holes throughout the town. Acting as mascots or perhaps […]

I was going through my images that I’ve taken this year, and in particular my bird photography folder. It wasn’t long before I realized that this year has been so busy that I really haven’t birded nearly enough. “I need to fix that” I tell myself and vowed […] 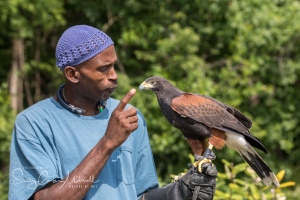 A Man and His Birds

In a truly miraculous way, Birds of Prey saved a young man from heading down the road of ill repute. Rodney Stotts of Rodney’s Raptors located in Laurel, Maryland was an endangered youth on the ghetto streets of Washington D.C. At a point in his gun wielding, drug […]

It’s been such a busy year that being able to go out on walk-about in my favorite nature haunts hasn’t happened. I miss being able to slow down and get close to nature. Granted I don’t miss the ticks, the mosquitoes the humid mornings in the summer, but […]