The Sun, the Fog and I 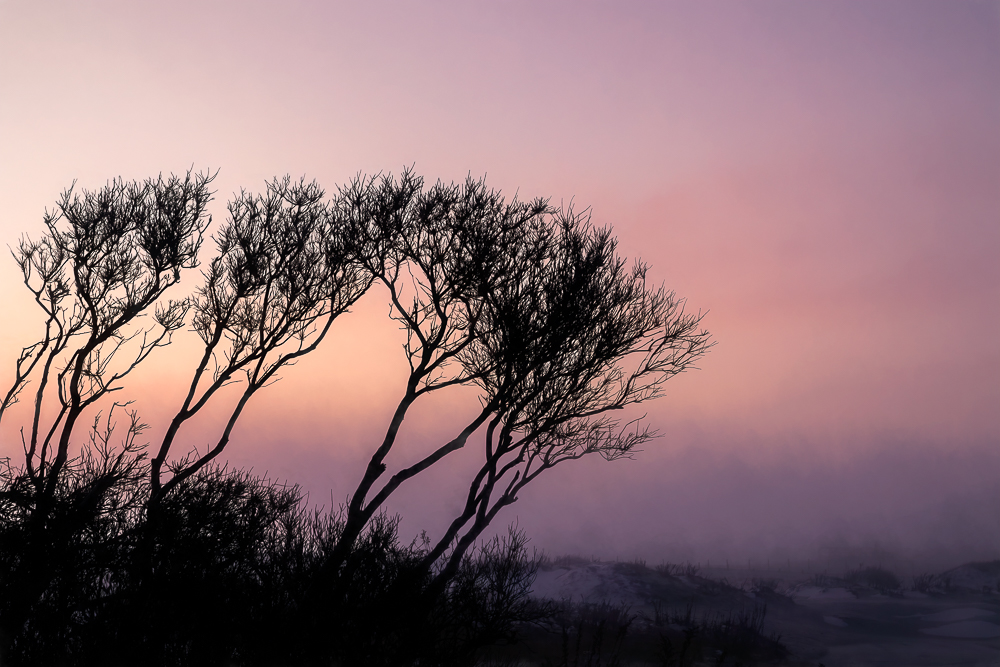 It was long overdue for me to get some sand beneath my feet. Each winter I journey towards Ocean City, Maryland and enjoy the coastline that leads from the Atlantic Ocean up through the Delaware Bay. It’s a bit of a drive for me and many times I wish it wasn’t so as it’s a lot of driving for a day trip.

But then Skyfire promised a colorful sunrise for several days along the shorelines which beckoned me to make the trip. This, of course means a sleep-deprived o-dark-thirty departure to arrive pre-dawn around 6:30 a.m. Once again, Mother Nature has been rather confused and after our arctic blast last week we now have spring like temperatures during the day and close to freezing temperatures at night.

The weather conditions lent themselves to Snow Fog which is rather unusual and a bit challenging when driving in the dark. Luckily no deer jumped in front of the car, and glimpses of two foxes in the fields as I passed made me pause to think that life continues regardless of what Mother Nature throws at us.

When I reached the bridge to cross over to Assateague Island the fog muted the waterline and things seemed to melt together in the landscape. I wanted to drive on the beach, and with my OSV permit I was able to take my SUV onto the sand and I parked not far from the gate. The place was silent save the waves crashing onto the shore. The air misty, cool but with the temptation of a warming. As it neared sunrise the sky began to take on an unusual color. 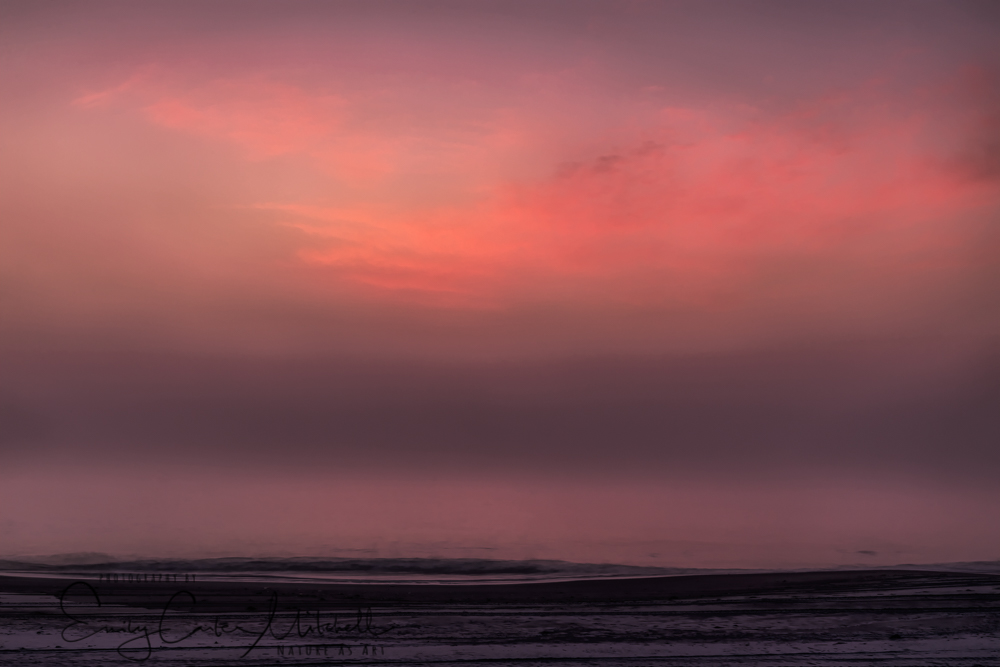 With the fog, the sun secretly arose without me realizing it until it began to peek through as if it was opening up a window to look through the curtains. Just the sun, the fog and I on the wintery beach. 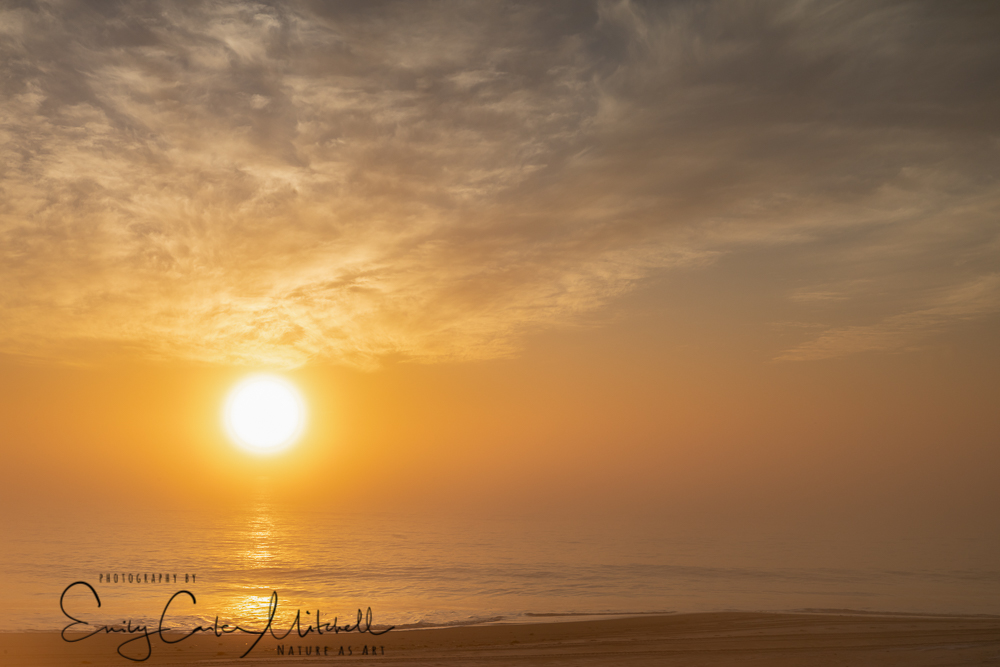 Having grown up in Florida the concept of snow on the beach is a quite strange to me. After the sunrise began to be too brilliant to photograph I walked over to some sand dunes to enjoy the sifts in the sands. Lines, textures and patterns created by the wind. 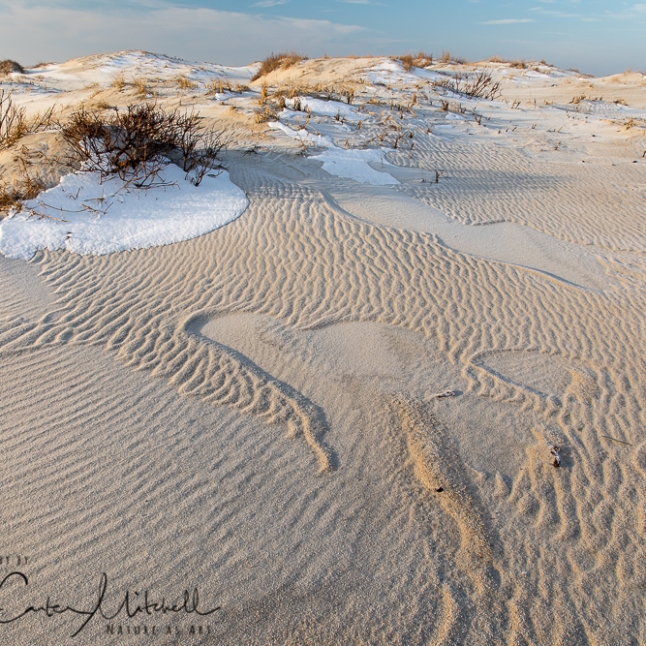 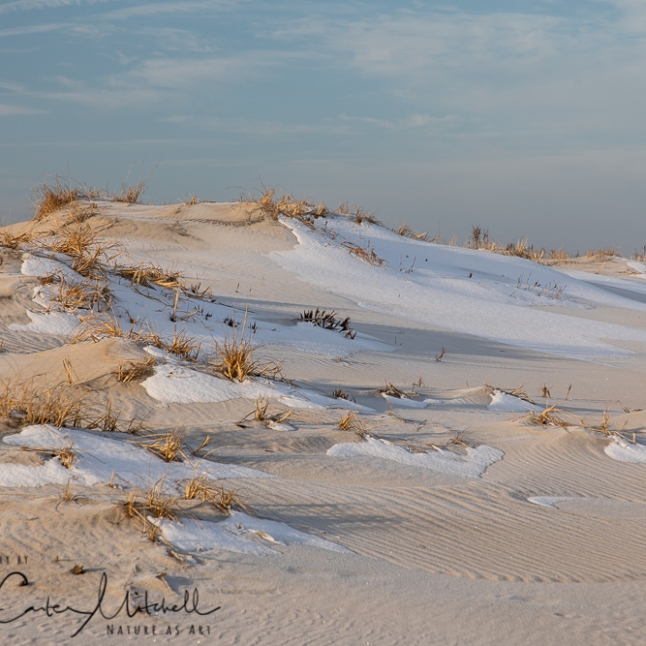 It’s hard to imagine what the beach is like in the summertime when it’s covered with beach-goers with their umbrellas, towels and picnic baskets. There is magic to be found along a winter’s beach. Nature’s solitude for those willing to venture past their comfort of home.