A Tribute to Tuxedo I have a tragic story to tell today. If you have been following me for a while, you’ve been introduced to my charming and beautiful Tuxedo cat.

Tuxedo and his unrelated sister, Sunshine came into my life about 10 years ago after a very special cat died from some war wounds.

Tuxedo was a bundle of energy and was a typical teenage boy. Come in, eat and leave. Come in, sleep and leave. Rinse and repeat. He loved the great outdoors, while his sister has learned how to live in the lap of luxury inside. Tuxedo was a great mouser and loved to bring me gifts of dead things, howling in pride when bringing them to the kitchen door.

We had a regular routine of check-in times. At 5:00pm for dinnertime, Tuxedo did not appear. Hours passed, and after walking the full property opening up doors and rooms looking for him, no Tuxedo. Finally at 11:00pm, hubby shouted outside for Tuxedo to return. About 10 minutes later, I opened up a door to look for him again and he rushed in. On three legs. The front left leg was completely swollen and the shoulder looked like it was out of its socket.

I packed him into a box and rushed him to the animal ER, checked him in and found out in X-Rays that he had been shot by a BB Gun. The pellet had broken his upper leg and the pellet could still be seen. Leaving him overnight, in hopes of having it repaired this morning we prayed that all would be well.

After speaking with the surgeon, and discussing a long five months of crate confinement and antibiotics, the rehab, let along the $5,000+ vet bill, we had no choice to to ask for him to be put to sleep.

He was such a cheerful cat, and always so joyous to see me when I returned home. He looked at me with such pure love that no other has looked at me like. He loved to follow me around the yard, and even down to the boat dock. Although he used to meow and tell me to get off as it wasn’t safe.

He also liked to play with me, even when I was trying to take his picture. 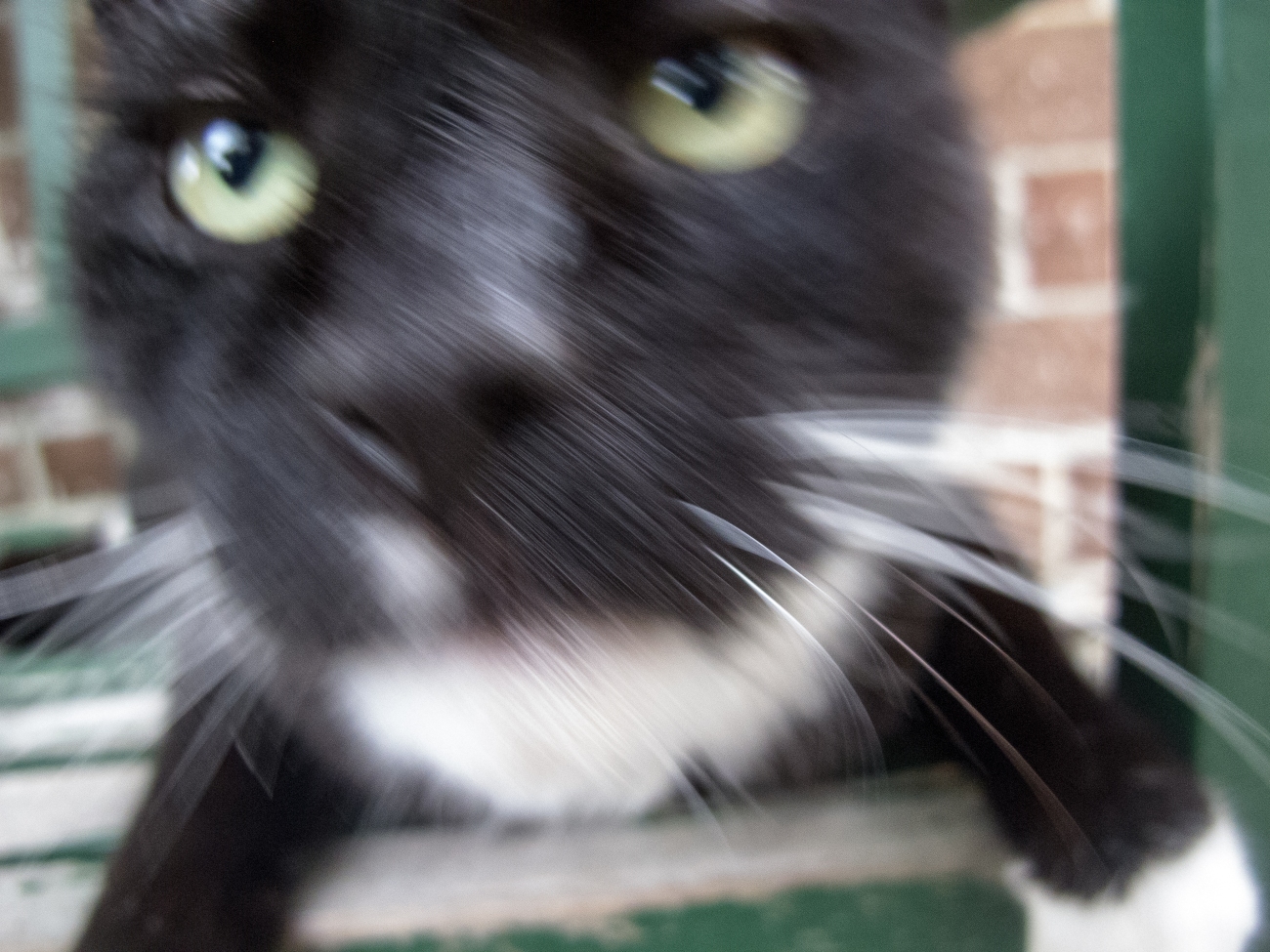 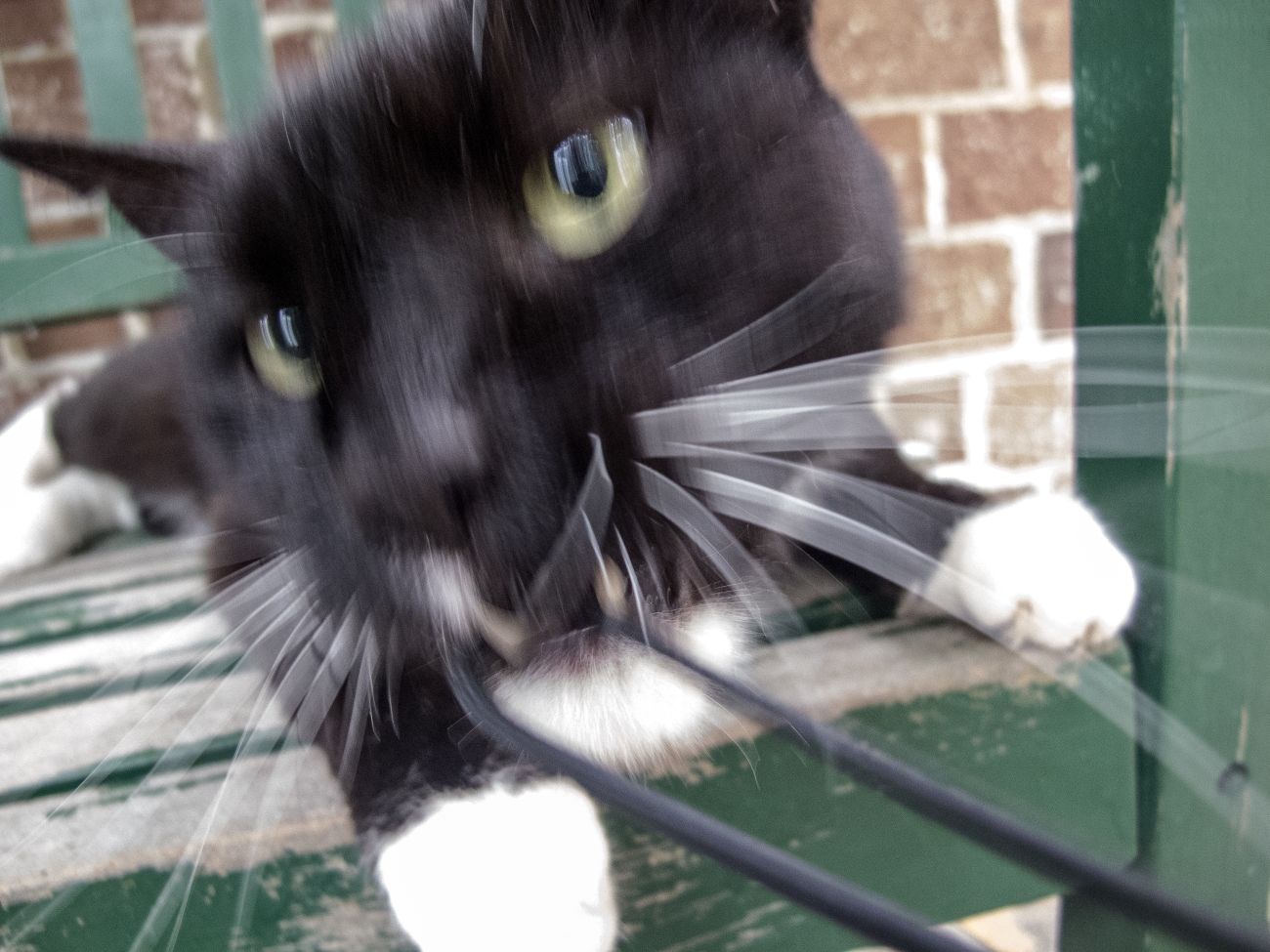 He was truly a special cat, and his adorable face and bubbly personality will be greatly missed.