Paris from a Different Perspective

Paris is most likely one of the most photographed cities in the world. With the advent of smart devices, everyone can have a camera in their pocket.

I had visited Paris about five years ago, and security for photography was much tighter than it is now. Tripods are now allowed in public areas and places that used to forbid photography inside like the Musee de Orsay and the Louvre Museum has had to give in to the masses.

As a photographer, the challenge is to find a way to photograph the city in a different way than everyone else has. On my arrival in Paris, my first spot for trying to achieve this was go onto the Eiffel Tower with a zoom lens and capture the city from above. Ideally, being closer to sunset (which was at 10pm) would be better. I’ve also learned that the lines at night are nearly non existent as groups tend to visit the tower during the day.

On my second day of my week in Paris, I planned to visit the city via an open two-decker bus offered by L’Open Tour which has several routes that travel through the more popular areas of Paris. Ideally the first departure is the best one to take or later on in the evening around 6:00 p.m. for the light. Immediately getting upstairs I positioned myself with the seat next to the stairs in the middle so I didn’t have someone sitting in front of me. We took the green line which travels on the frequently visited stops in central Paris. Invalides, Louvre, Opera House, Notre Dam, Arc de Triomphe and the Eiffel Tower (not in that order.)

The longer I have been doing photography, the more I’ve learned that the more compelling and strong images are ones that are when you get close to your subject. The large wide sweeping landscapes are indeed wonderful but many of details of the scene get lost. I’ve also learned not to take pictures into the light, so scenes that I saw, like the Louvre Museum and the Opera House weren’t taken as I would have been shooting into the sun. But that didn’t stop me from getting some pretty awesome images on the bus tour.

When arriving to a new city as a tourist, taking one of these hop-on/hop-off bus tours is a great way to become oriented with the attractions and geography of the city. While we passed the Arc de Triomphe, I realized that I’ve never actually walked up to and visited it and vowed that I would return to visit it during this trip.

My second day in Paris has started off to a great start, but it’s time for a nice leisure two-hour Parisian lunch. Continue with me on this wonderful adventure. Next stop? The Musee de Orsay and then the Arc de Triomphe. 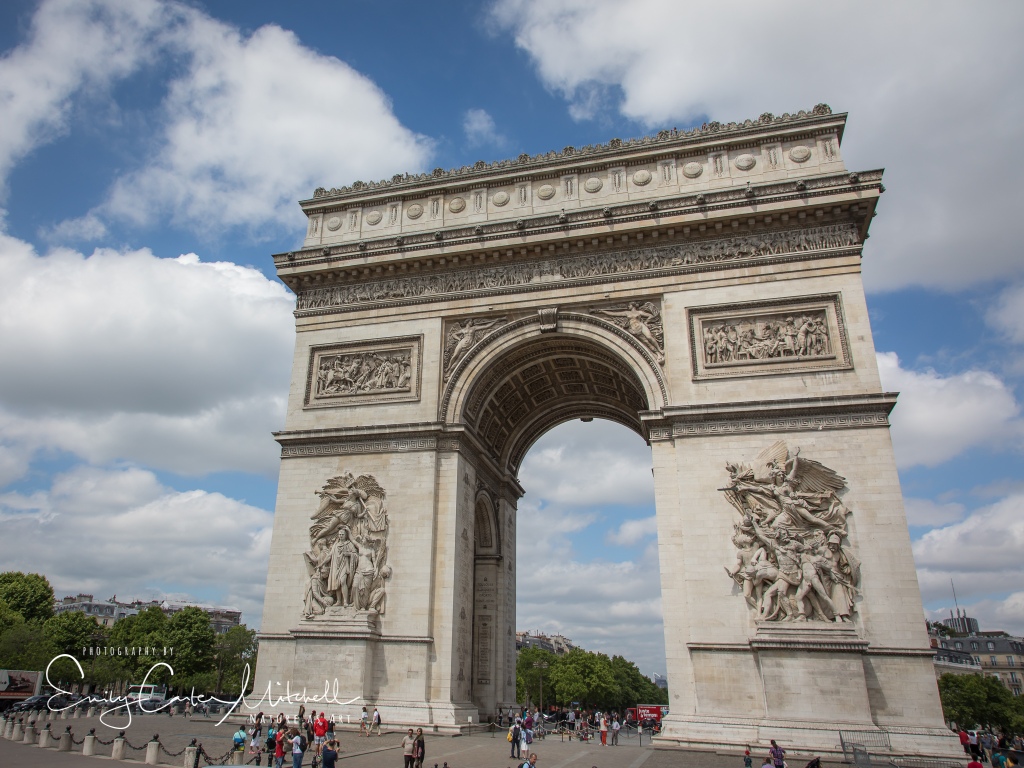